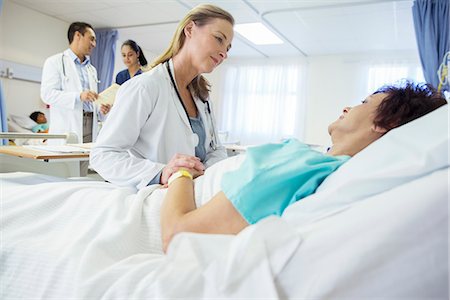 Report: Social Determinants Must Be Addressed to Advance Health Equity

“Health is affected by where people live, work, and play. So we need to find solutions for better health in those areas, not only within the health care system.” Alcaraz is a co-author of a new report that addressed strategies to reduce these disparities. She’s a researcher in the Behavioral and Epidemiology Research Group at the American Cancer Society (ACS).

Lack of access to advances in cancer prevention, early detection, treatment, and survivorship care in low socioeconomic communities is a substantial barrier to improving the number of cancer survivors. Improving conditions where people live and work, and having access to transportation are just a few examples that help eliminate disparities in cancer.

Making more progress in cancer control should include focusing on social determinants of health, said American Cancer Society researchers in a new report that addressed these disparities. The authors used the World Health Organization’s definition of social determinants as “the circumstances in which people are born, grow up, live, work, and age and the systems put into place to deal with illness.” For example, social determinants of health include the conditions of housing and neighborhoods, quality of education, level of income, available transportation, and social connections.

The researchers found that for all population groups many solutions for better health exist outside of the health care system. The report suggests that future efforts should also include a commitment from health professionals, researchers, employers, insurers, and policy makers to remove cancer-related disparities and achieve health equity. The report is the latest in the American Cancer Society’s (ACS) Cancer Control Blueprint Series that outlines the ACS vision to create a cancer control plan that will reduce cancer deaths in the United States.

Potentially preventable cancer deaths continue to happen in groups with poor or no access to advances in cancer prevention, detection, treatment, and survivorship. These groups include people who have historically been discriminated against or excluded because of their race, ethnicity, age, disability status, sexual orientation, gender identity, or other traits.

Not addressing social determinants will allow differences between populations of low and high socioeconomic status to continue. That gap may get worse if cancer outcomes continue to improve faster for some groups than others.

Other specific recommendations include:

Focused training for health care providers to help them ask about their patients’ essential needs, such as available food, transportation challenges, and financial difficulties. The training can include ways providers can use their credibility and influence to improve resources in their community and state. Researchers also recommended that community health centers, hospitals, public health departments, and payers add standard assessments of social factors into electronic medical records to screen for social risks and make referrals.

Increasing partnerships between health groups and non-health care groups to lower the negative effects of disparities in cancer. Successful examples of such collaborations include:

Increasing research about effective policy actions to address food insecurity and other needs related to education, transportation, safety, and housing among patients with cancer.

This is the 8th article from the American Cancer Society National Cancer Control Blueprint,  a series of papers published in CA: A Cancer Journal for Clinicians, the flagship journal of the ACS. The goal of these papers is to outline the ACS vision to create a cancer control plan that will reduce cancer deaths in the United States.. The first story was about the blueprint’s goals. The second was about how well cancer control is working in the US. The third was about controlling risk factors to help prevent cancer. The fourth covered the needs of cancer survivors and their caregivers. The fifth was about cancer screening. The sixth focused on the role of cancer care systems. The seventh was about the goal to reduce cancer deaths 40% by 2035.