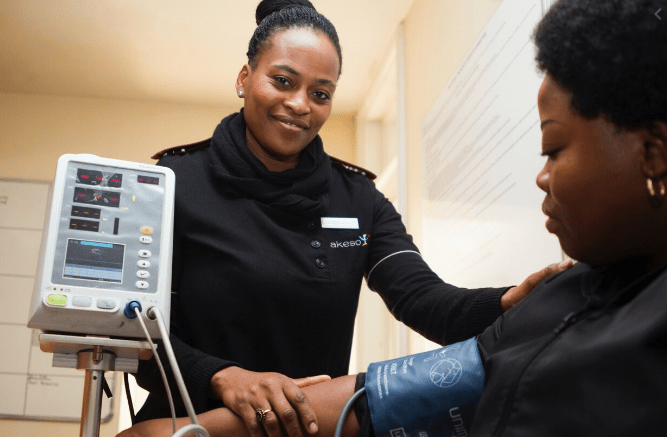 Adherence and the Gender Gap

If you’ve attended a large family reunion lately, it may come as no surprise that women tend to outlive men. In the United States, the life expectancy of men is about five years less than women, according to the American Journal of Public Health. For African American men, it’s still worse: They tend to live about six years less than white men.

Nearly all of the biggest killers in America — including cancer, heart disease, and diabetes — are especially hard on men. One dramatic example cited in the British Medical Journal claimed that men are 50 percent more likely than women to die from the skin cancer melanoma, even though the disease is 50 percent more common in women.

Men and women are obviously built differently, and some diseases may simply be more dangerous for male bodies. But experts see something else at work: Men and women have different approaches to their health and health-care systems. A woman who sees a suspicious dark spot on her skin will probably schedule an appointment with her doctor or dermatologist. A man is more likely to hope that it will go away.

To be sure, both men and women could take better care of their health. Most notably, people of both genders often fail to follow advice from their doctors. As reported by the Journal of the American Medical Association, only about half of adults take their medicine as prescribed, and women don’t seem to do so any more reliably than men.

But when it comes to overall attitudes about health, men are from Mars and women are from someplace much more practical and sensible. As reported in the British Medical Journal (BMJ), women often talk to their friends and family about health issues, and actively seek out answers to their health concerns. Men, in contrast, tend to give their health the silent treatment. Not only are they reluctant to discuss health with friends, they’re reluctant to discuss it with a doctor. When asked what they would do if they started feeling sick, one-fourth of men in a 2000 survey said they would “wait as long as possible” to see a doctor.

Although they may be deeply concerned about their health, men often don’t get the advice, information, or treatments that they need. A recent report in the BMJ summed up the situation: “Men worry about health but feel unable to talk about their concerns or seek help until it is often too late.”

The problem is worse for low-income African American men, Latinos, and other men of color, partly because they are much less likely to have health coverage. Not only do they tend to work in high-risk jobs that lack health benefits, but “the current design for funding and delivering health services excludes poor men, particularly men of color,” according to a 2003 report published in the American Journal of Public Health. The article points out that men of color without dependent children cannot qualify for government health insurance programs and thus may have no way to pay for preventive health care. Even when they do have health insurance, “Racial and ethnic minorities tend to receive a lower quality of health care than non-minorities,” according to an Institute of Medicine report. “Stereotyping, biases, and uncertainty on the part of health care providers all contribute to unequal treatment.” Another significant barrier to adherence among men of color is fear involving immigration status.

Men of color are more likely to suffer from increased stress caused by their social environment, and men of all ethnicities are more likely to be homeless, incarcerated, and working in dangerous jobs than are women — all conditions that contribute to poor health.

When men do seek help, they may not get the attention they need. According to the BMJ, doctors spend less time with male patients than female patients. Doctors also give men fewer and shorter explanations about their treatments. Men are less likely than women to get valuable advice about their lifestyles or behaviors — including tips that can save their lives. As reported in the BMJ, doctors are almost three times more likely to recommend breast self-exams to women than testicular self-exams to men. That may be because breast cancer affects about 25 times more women compared to men with testicular cancer.

If doctors act like they expect less from male patients, many men end up living down to those expectations. As reported by the American Journal of Public Health, men are more likely than women to smoke or use drugs and drink heavily to cope with their problems. In fact, studies have found at least 30 different risky or unhealthy behaviors that are more common among men than women. However, men are slightly more likely than women to be physically active. Their doctors may not be urging them to exercise, but nearly two-thirds of men do it anyway.

It’s not as if women are ideal patients. Just like men, they are fully capable of skipping appointments and forgetting to take medicine. In some situations, women may be even less likely than men to take their medicines. For instance, a study by University of Michigan researchers found that women were slightly less likely than men to take an aspirin as prescribed to prevent heart disease, even if they were at high risk for heart trouble. The gap can be partly explained by the fact that women are more likely than men to have stomach distress after taking an aspirin.

Women may also be faster to abandon medical treatments in hard times. A study of HIV patients in New York City found that only 46 percent of women took their medicines as prescribed, compared with 73 percent of men. But the researchers concluded that gender wasn’t really the issue: Women in this study were having trouble taking medicine because of homelessness, poverty, and addiction to drugs and alcohol — not because they were women.

When it comes to staying healthy, clearly both men and women have room for improvement. For starters, they could take steps to make it easier to stick to medical treatments. The most important step may be improving their communication with their doctors, a task that’s especially tricky for men. Men may have to push harder and ask more questions just to get the same attention that doctors naturally give to women.

Men may not always catch up to women when it comes to health. But caring for your own health is not a competition between men and women — it’s an opportunity to live a better life.