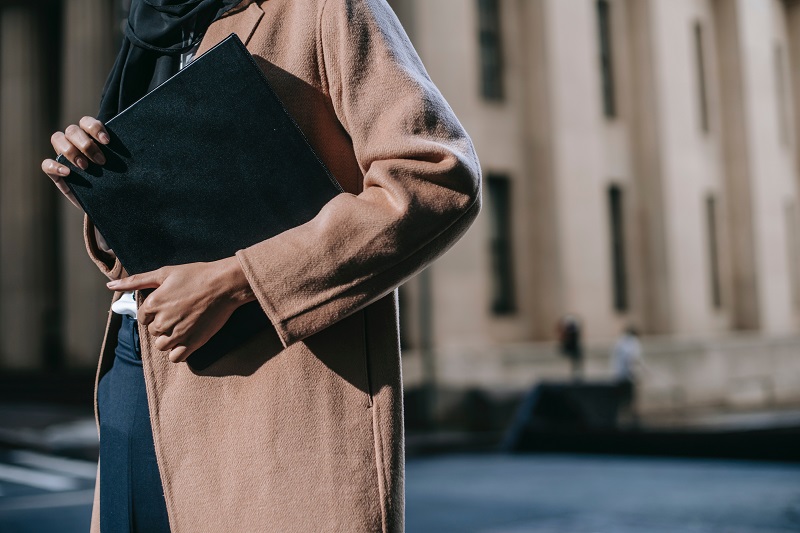 When Khadijah Ameen and her fellow health activists gather in community groups in Martin Luther King Jr.’s hometown of Atlanta, everyone is in a circle. It connects to their central message: Achieving a society in which all Black lives matter means Black health must matter, too.

Racial health disparities can lead to preventable suffering and death. Black adults have an almost 30% higher rate of death from heart disease and a 45% higher death rate from stroke than their white peers, according to the Centers for Disease Control and Prevention.

Today’s fight for health equity has been around for centuries and gained steam in the Civil Rights era, highlighted by King’s words: “Of all the forms of inequality, injustice in health care is the most shocking and inhumane.” It is also rooted in the Black Panthers’ efforts of that era, and the principle of health as a human right.

“In 2020, I (saw) more public health institutions, industries and systems – even the American Public Health Association and the American Medical Association – finally say structural racism is a public health crisis,” said Ameen, a doctoral student at Georgia State University School of Public Health in Atlanta. The American Heart Association also issued a “call to action” advisory in November, acknowledging structural racism as “a fundamental cause of poor health and disparities in cardiovascular disease.”

Recognizing the issue is important, Ameen said, but actions are needed. She and three fellow graduate students took action in 2016 by creating BLKHLTH, which teaches anti-racist strategies in health care. The group convenes small groups around a broad topic such as heart disease, mental health, reproductive issues and more.

“Whether we are talking about the health of the Black community in person or online, we have Black subject matter experts or Black health care providers or Black researchers who actively work in that field,” Ameen said. “We are really intentional about making our spaces have as much Black representation as possible.”

You May Also Like::  Gene Therapy for Sickle Cell Did Not Cause Patient's Leukemia

Circular seating is one tactic to build trust through a sense of safety. In the circle, a new narrative grows: Black people are experts in how they experience illness, wellness and health care. Blaming, minimizing or ignoring their concerns is not acceptable, Ameen said. Demanding better health care is rooted in the conviction that everyone deserves it.

“Black people were not allowed to receive vital medical care in the same buildings as white people, and their wards were underfunded and understaffed,” he said. “Henrietta Lacks’ cells were taken from her body without consent and used for foundational health research and innovations. Black women were forced into sterilization. The Tuskegee experiment allowed Black men with syphilis to go untreated.

“These examples are historical, but they are reinforced by racism and discrimination in the health system to this day,” McCurdy said. “This consciously and subconsciously impacts Black people’s willingness to seek out health care.”

It was something the Black Panther Party recognized in 1972 when it added a call for free health care for “all Black and oppressed people” to its tenets, eventually opening 13 free medical clinics. The group also greatly contributed to improvements in the diagnosis and treatment of what is now known as sickle cell disease.

“They learned that sickle cell anemia was a neglected genetic disease – neglected because most of those affected were of African descent,” wrote Dr. Mary T. Bassett in “Beyond Berets: The Black Panthers as Health Activists,” a 2016 article published in the American Journal of Public Health.

Sickle cell “attracted little public attention and even less funding. Treatment was extremely limited, as it is to this day,” wrote Bassett, director of the FXB Center for Health and Human Rights at Harvard University. She volunteered as a college student at one of the Black Panther Party’s free clinics. “There was a rapid screening test based on a simple finger stick, but the test was not widely employed. The Black Panther Party rectified this government failure to act by setting up a national screening program.”

You May Also Like::  The Mental Toll of Sickle Cell Disease for Black Women

Bassett wrote the Panther Party, which disbanded in 1982, “popularized a set of beliefs that identified health as a social justice issue for Blacks and influenced public health to this day. Its militancy, blending science with community engagement, resonates today under the banner of #BlackLivesMatter. That health is a right, not a privilege, remains true. It is a proud legacy, one built by many, still unachieved, and still worth fighting for today.”

In 2020, that fight intensified. The health equity message reached more people more quickly during the COVID-19 pandemic, as lockdowns have turned millions into captive audiences for news headlines, such as that Black people have the highest death rate from COVID-19.

“All the other movements did or tried to do the same things,” said Spigner, a Vietnam War veteran who holds three degrees from the University of California, Berkeley. “All included health as a major component of their activist movements.”

What has changed, at least in the short term, are societal conditions, he said.

You May Also Like::  Risk Factors for Severe COVID-19 Up in Cancer Survivors

Those were the kind of statistics – but without the information of why they occurred or the strategies to solve them – that BLKHLTH’s founders encountered in graduate school. Today, they use an array of tools to work for health equity: workshops and trainings, practice-based consulting, community health events and digital media.

“I remember a lot of us Black students articulating to our peers that police brutality and racism was a public health issue,” Ameen said. “We faced some pushback, and I remember that being really frustrating. That was part of the push to start BLKHLTH.”