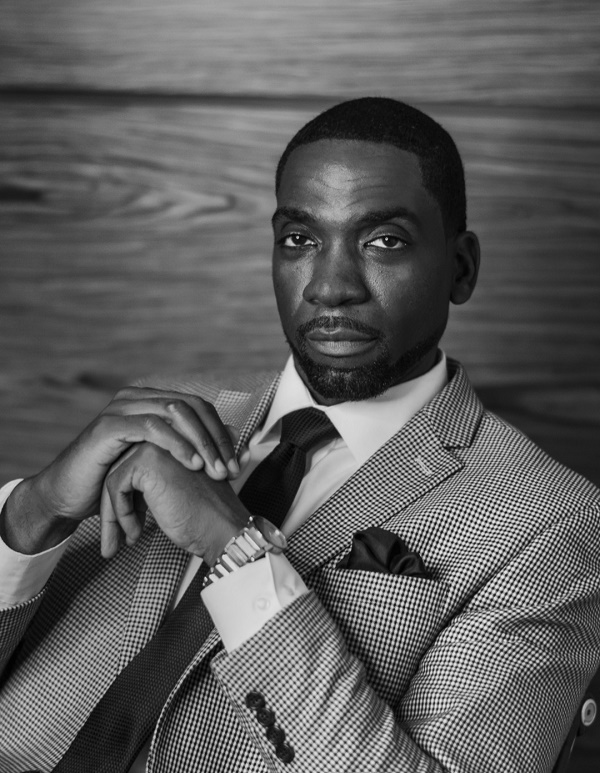 Artificial intelligence has been around for several decades, but its element of deep learning – using algorithms to model high-brow abstractions from a constant stream of connected data inputs – is already having an impact in the insurance and financial legacy industry.

There are plenty of sources nowadays for collecting massive amounts of personal data including smartphones, fitness trackers, smart watches, tech clothing, eyewear, medical devices and even footwear. For example, a wearable device that is connected to an actuarial database could calculate a consumer’s personal risk score based on daily activities as well as the probability and severity of potential events, according to a 2018 report from McKinsey & Company.

Christopher Gandy, founder of Chicago– based Midwest Legacy Group LLC and associate general agent appointed with the companies of OneAmerica ® , said the insurance industry is already seeing algorithmic underwriting, which can allow for insurance companies to underwrite decisions based on historical data entered at a website, internet portal, or phone app.

“It’s similar to what they’ve done in baseball, basketball and football— with the analytics,” he told Advisors Magazine in a recent interview. “It allows companies to underwrite based on analytics, not necessarily on health.”

Gandy knows well the pro sports world. In fact, after

playing basketball for the Fighting Illini at the University of Illinois, where he was cocaptain and earned Second Team All-Big Ten honors, he played in the NBA for the Chicago Bulls and the San Antonio Spurs, and then in L’Hermaine, France.

He started his own financial services practice in 1999 and since then has worked with business owners, physicians, professional athletes and key executives all over the country. Gandy focuses on the areas of life insurance, disability income insurance, investments and tax-efficient strategies.

“If you’ve got a certain level of risk and you’re under a certain age and certain risk factors are not in your lifestyle, then you can go through algorithmic underwriting,” Gandy explained. “I would say by 2025-2030, if you’re under the age of 40 and need say $100,000 in life insurance, you’ll apply for it and be able to qualify for the coverage in less than probably 30 minutes.”

Naturally, insurance professionals will have to engage with technology, embrace it, and be able to supply it to clients. They will also need to be transparent with clients, educating them about why an insurance company would adopt algorithmic underwriting.

Gandy believes that many people are unaware of the changes currently taking place in the insurance and financial services industries. Online trading platforms, internet investing, financial planning phone apps and other so-called robo-advisors could be handling in excess of a $500,000 portfolio.

“The industry is rapidly evolving,” he said. “People need to be aware of the importance of personal engagement with their financial professional and have conversations with them about ultimately what are the financial professionals doing to be able to embrace technology and be able to add it to their practice so that the clients can benefit from it.”

You May Also Like::  Asset Management in Physician Partnerships

The former pro athlete also knows that often the outcome of a game can come down to the intangibles. And that’s precisely what he looks for when clients are scouting his agency.

There is no minimum investment at Midwest Legacy because the agency does not qualify clients from a financial standpoint. The focus is on economic and financial behavior, which leads the agency to the type of clients who make the most sense.

“You can’t drive forward looking backwards and people get comfortable being just okay,” Gandy said. “Most of our clients are not comfortable with just the status quo; they’re trying to progress from their current financial destination. They’re trying to live an enhanced life, an enriched life.” 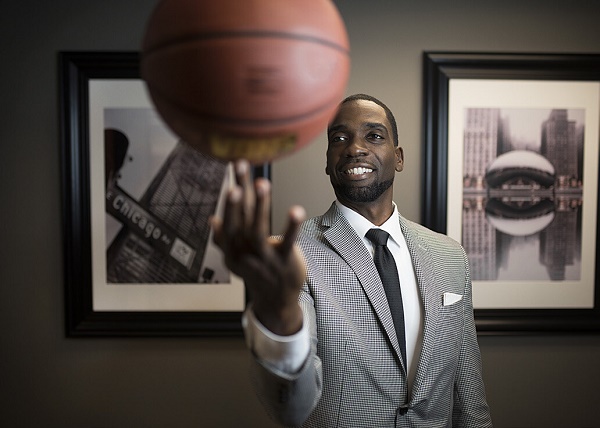 THE CHALLENGE OF LONG-TERM CARE

The issues are clear; there is a renewed focus on quality of life vs number of years, or morbidity and mortality, however, both are enormous challenges facing the insurance industry, in Gandy’s opinion. According to the U.S. Department of Health and Human Services, someone turning age 65 today has almost a 70 percent chance of needing some type of long-term care support in their remaining years.

“If interest rates continue being extremely low and people tend to live a longer period of time, we could see a streamlining of retail insurance products,” Gandy said. “In fact, that’s already here, and in the future, there are going to be some pretty unique products, like the hybrids.”

“You’re going to see income products like annuities bundled with life insurance and also longterm care,” he explained. “You’re going to see a combination of those three products meld and merge to eventually come up with a product that can do three things, which is: if you live long, it will make sure you never run out of money; if you die too soon, it will pay out to your family, and if you happen to have a long-term care incident, it will take care of that also.”

What’s more, long-term care protection is now being used differently than in the past thanks to its tax deduction status as permitted by the CARES Act.

“Helped by such legislation, we started to see significant long-term care deductions that individuals could take, potentially up to $11,000-$12,000 for one couple on a tax-favorable basis,” Gandy noted. “And people are now starting to take advantage of it.”

While Gandy contends that longterm care protection is the number one need in the marketplace today, he’s also noticing that people are taking flight toward retirement income over asset accumulation. Retirement income has much to do with longevity and taking risk out of the portfolio as investors move forward and ultimately aim for financial independence.

“We’re seeing more and more insurance companies that provide great products and services that will allow you not to outlive your money, but still have the benefit of market participation along the way so you can participate in the upside and the growth potential of the market without having to jeopardize the income base, which you’ve already set,” Gandy said.

Gandy got into the business and is dedicated to the financial security and enrichment of individuals for the simple reason that he didn’t have much growing up. Raised by a single mother who worked a few jobs during most of his adolescence, his early teenage years were spent helping to take care of the family and his younger sister. At the same time, he started playing basketball and discovered he was able to compete at a very high level.

After his basketball career, Gandy started in the industry 21 years ago in 1999 as a financial services professional at Northwestern Mutual, helping people organize their finances. He learned how to help people decipher the differences between insurance and investments.

“I helped them organize their financial junk drawers, or the assets they had,” he recalled.

That’s still very much part of his role to this day. Junk drawers, financial or otherwise, can be a scary mess.

“People tend to avoid things they are unfamiliar with, or things that scare them,” Gandy explained. “The information industry in which we’re currently in is one of oversaturation. And I think clients just have a difficult time organizing it all, so they have a tendency to shut down—not because they don’t want to deal with it, or because they don’t want to understand, it’s because, where do you start?”

A key takeaway is that Midwest Legacy Group clients, like most people, are looking for simplicity and efficiency, according to Gandy, especially from technology. Also, companies see the power of social media, and they are witness to the effectiveness subliminal messaging and also the power of testimonials.

“Going forward, everything we do will have to be technology enhanced,” Gandy said. “If you can’t get to it on your cell phone within 15 seconds, it’s going to be difficult doing business with those companies. So companies have to invest in technology platforms, and be symbiotic with the client interface. That has to happen.”

Another thing that has to happen in the industry is diversity – but it’s no easy layup.

Gandy is currently the sitting president of the National Association of Insurance and Financial Advisors (NAIFA) of the Chicago-land chapter and also serves on the National Diversity Task Force for NAIFA. His leadership, perhaps, could not be better-timed given the recent inflection point in the United States.

“I think the social unrest that’s happened in society now has brought out the fact that many companies, not just insurance companies, have struggled with the indirect oppression of their own employees, their own talent,” Gandy said. “They have not developed that talent and have not supported that talent to be all it can be.”

You May Also Like::  What the American Rescue Plan and December 2020 Student Loan Stimulus Package Mean For Your Student Loans (Updated for March 2021)

Gandy contends that most insurance companies lay claim to having various diversity inclusion initiatives, but they tend to struggle with strategy implementation and execution. The idea is to mandate and make sure that middle leadership and also the executive ranks look more like the general public. And so far, in his view, they have not done that. In short, he sees it as an industry that does not look like the marketplace it represents.

A possible solution, or inspiration, might come from the world of U.S. collegiate sports, specifically what’s known as Proposition 48. Prop 48 is an NCAA regulation that stipulates minimum high school grades and standardized test scores that student-athletes must meet in order to participate in college athletics.

By minorities he means LGBTQ, African-Americans, Hispanics and others, whose populations account for negligible percentages at those companies. And not to forget, underrepresented women across the industry as well.

“If they do that, they will change the industry. Our children will be able to come into the industry and ultimately have a chance to make it to the top as a president of an insurance company,” he said.

But that initial step, as when driving to the hoop on a basketball court, is critical. Gandy stresses that the industry must first embrace the changes in the marketplace and refuse to be overcome by the dramatic changes it has to make to be able to thrive for the next 50-100 years.

It’s like the old comment he shared from a former coach: ‘When you have to, you got to,’ which also applies to his agency’s approach to conducting business during the pandemic. Midwest Legacy Group doubled down on its efforts, working twice as many hours now from home, and on the road and engaging with clients much more often to understand their current situation.

“And it’s all made me look at the idea that we have to be more efficient with our dollars and we have to be invested in individuals and not things,” Gandy summarized. “Investing in people is the new currency going forward. If you invest in people you get a return, if you invest in things that fulfillment is going to be short-lived.”