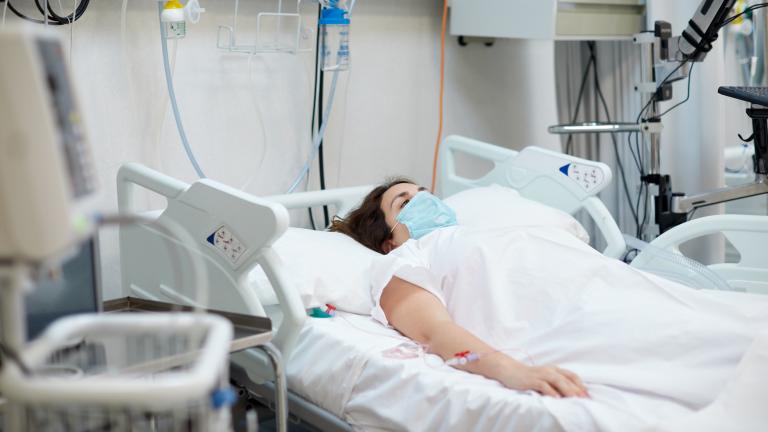 ‘Avoidable Hospitalizations:’ Another Way the Pandemic Is Tougher on Minorities

White Americans had a greater decline in potentially avoidable hospitalizations during the early months of the coronavirus pandemic than Black Americans, according to a new study.

The findings suggest that Black patients may have had less access to outpatient care that could have helped keep them out of the hospital for non-COVID health problems.

Researchers from the University of California, Los Angeles said their findings show another way the pandemic has increased racial disparities in health care.

“At a time when large-scale community activism has brought attention to systemic racial injustices, it’s important to bring these inequities to light so that action can be taken,” said study author Dr. Richard Leuchter, a resident at UCLA Health.

He and his colleagues analyzed more than 4,800 admissions at UCLA Health hospitals between March 1 and Aug. 31, 2020, and compared them to the same months of 2019.

Overall, they found that 7.2% of hospitalizations last year might have been avoidable, compared with 8.9% in 2019. While potentially avoidable hospitalizations dropped 50% for white patients, they fell 32.3% for Hispanic patients; 16.1% for Asian patients, and 8% for Black patients.

The differences were statistically significant only between white patients and Black patients, according to the study published March 19 in the American Journal of Preventive Medicine.

“While these findings are limited to UCLA Health, these problems represent a systemwide challenge for health care that cannot be addressed through the actions of a single institution,” Leuchter said in a university news release.

The hospital admissions in the study were for chronic obstructive pulmonary disease, asthma, high blood pressure, congestive heart failure, community-acquired pneumonia, uncontrolled diabetes and diabetes complications, and urinary tract infections. People with these conditions can often avoid a hospital stay with appropriate outpatient treatment, according to the researchers.

You May Also Like::  Treating Hypertension Based On Race

They noted that the findings suggest Black Americans are more likely to face financial burdens of missed work and medical costs due to potentially avoidable hospital stays, as well as separation from their families and increased risk of hospital-acquired infections.

“A campaign to reduce avoidable hospital admissions could have an enormous positive impact on people of color by minimizing the harms to which they are exposed through such hospitalizations,” Leuchter said.

The U.S. Centers for Disease Control and Prevention has more on African American health.