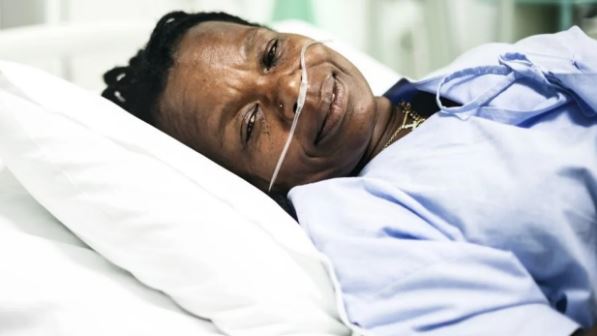 Black Adults Face 4 Times the Odds for Stroke as Whites

Once Black Americans reach age 40, their blood pressure often begins a rapid climb, putting them at significantly higher risk of stroke than their white counterparts, a new study warns.

Middle-aged Black people have roughly four times the stroke risk faced by white Americans, according to the analysis of data from nearly 5,100 patients.

“High blood pressure is the single most important risk factor for stroke,” noted lead author Yariv Gerber, who added that it is a “dynamic risk factor that changes over time, for better or worse.”

For Black Americans, high blood pressure typically begins at an earlier age, has a longer duration, and is more severe, he added.

Gerber — head of the School of Public Health at Tel Aviv University in Israel — led the study during a stint at the Kaiser Permanente Division of Research in Oakland, Calif.

For the research, he and his colleagues used data collected as part of the Coronary Artery Risk Development in Young Adults (CARDIA) study, which launched in 1985. Participants, who were 18 to 30 years old at the outset, were enrolled at research hospitals in four cities.

Their blood pressure and stroke history were tracked for close to three decades, starting in 1990.

Even when those factors were considered, white participants were pegged as having a stroke risk rate of 29 per 100,000 person years, compared to 120 per 100,000 for Black participants. (A person year is a statistical formula that considers both how many people are in a study and how long each participated.)

It’s not only whether you have high blood pressure but for how long it has been doing damage to blood vessels, the researchers emphasized in background notes.

Study co-author Dr. Stephen Sidney is a research scientist at Kaiser Permanente Northern California division of research. “When you get your blood pressure read, the results aren’t just numbers,” he said. “They are a sign of your risk of having or dying from a stroke, heart attack, or heart failure.”

Keeping those numbers in a healthy range may be tougher for some Americans. Sidney said more research is needed into “how disparities in neighborhood resources may result in unequal access to healthy food and convenient (and) safe locations for physical activity.”

The increased stroke risk for Black Americans came as no surprise to Dr. Anjail Sharrief, vice chair of Diversity Equity and Inclusion at University of Texas Health’s McGovern Medical School in Houston. She reviewed the findings.

You May Also Like::  Flavan-3-ol Intake Appears to Lower Systolic Blood Pressure

But how those risk factors unfold owes less to genetics and biology than to structural racism, Sharrief said. It contributes to key differences in the ways and degrees to which Blacks gain access to health care and education as well as their overall risk for falling into poverty.

Though Sharrief said she agrees with Gerber that early preventive interventions are needed to address “the underlying factors that lead to the development of disease,” she added that how to address underlying social factors remains a complex question.

“In order to level the playing field, we must address inequities in the distribution of these social factors,” Sharrief said. “Racial differences in access to health care, education, wealth and housing, among others, must be addressed in order to decrease the risk for development of risk factors that lead to stroke and other cardiovascular diseases.”

The findings were published March 29 in the journal Hypertension.

Learn more about racial health disparities at The Center for Black Health & Equity.