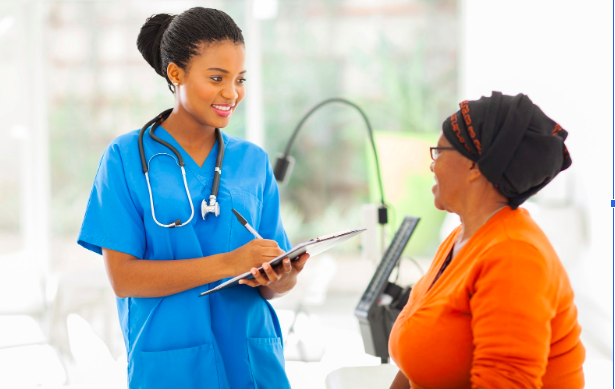 A new study has found that Type 2 diabetes in black patients is driven by a different mechanism than the the conventional concept of visceral fat deposition generating insulin resistance, as largely determined by research history in the white European population.

The results imply that Black patients have a very different reason for developing Type 2 Diabetes than their white counterparts.

Louise Goff, PhD, from King’s College London, explained in a news release that, “We actually found that there is no difference in insulin sensitivity [or conversely resistance] between white and black patients with early type 2 diabetes.” But she also added that they did see clear differences in relation to fat storage and insulin resistance.

She went on to say that “the visceral fat is much lower in the black group than in the white one. Despite having equal insulin resistance to white men, they don’t seem to get this through visceral fat and for some reason they seem to be protected from storing internal fat, which is fascinating. This is a paradox – loads of type 2 diabetes in this population but limited internal fat. The conventional viewpoint of visceral fat as the driving mechanism does not apply to black African men.”

She also points out that the evidence implied that people of black African origin might be receiving more subpar care because the understanding of type 2 diabetes physiology has been drawn from white populations and haphazardly applied to everyone; specifically focusing on tackling insulin resistance, which isn’t always a risk factor for black African people.

For years, research for white diabetes patients showed that the primary defect in type 2 diabetes was insulin resistance in the muscle and liver cells. The pancreas balances this resistance by increasing insulin secretion but over time the beta cells cannot maintain this level of insulin production, and hyperglycaemia results.

This new study hypothesized that the primary defect is earlier than this and lies in the visceral fat tissue.  With a caloric rich diet, certain body tissues can no longer process and store fat, leading to a deposition of fat in and around the organs, specifically the liver, pancreas, and muscles. Circling back to research in the white population, this is often connected to insulin resistance and failure of the beta cells, so typical of type 2 diabetes.

Dr. Goff says they will continue their research to develop a more specific treatment plan for Black people based on this new evidence.