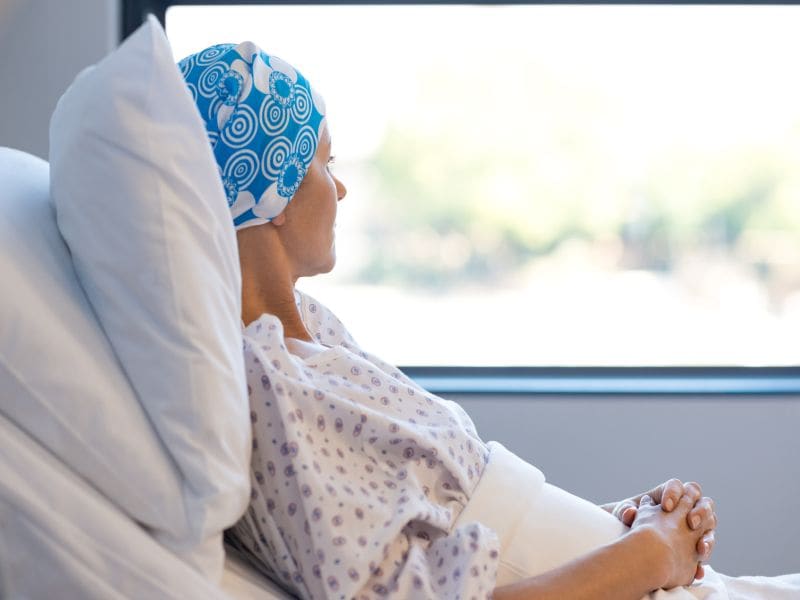 FRIDAY, Oct. 23, 2020 (HealthDay News) — The majority of older women can tolerate surgery for operable breast cancer, according to a study presented at the European Breast Cancer Conference, held virtually from Oct. 2 to 3.

The researchers found that the median age varied by treatment allocation (surgery: 76 years; PET: 84 years). Unadjusted all-cause mortality during a median of two years was higher for PET versus surgery (28 versus 9 percent). There were no deaths reported due to surgery, and significant systemic surgical adverse events were infrequent (~2 percent). Wound complications were fairly common (19 percent). In the propensity-matched analysis, all-cause mortality was 20.8 percent for PET versus 16.3 percent for surgery. Breast cancer-specific mortality was 5.3 percent for PET versus 5.4 percent for surgery. After four years, survival divergence occurred, suggesting that an estimated four years of predicted life expectancy is the cutoff for PET having noninferior survival outcomes compared with surgery.

“These findings suggest that for older, less fit, frailer women with hormone-positive breast cancer, hormone therapy alone is likely to be as good as surgery if their life expectancy is less than four to five years,” Wyld said in a statement.

You May Also Like::  Malaria and Sickle Cell Anemia in Ugandan Children