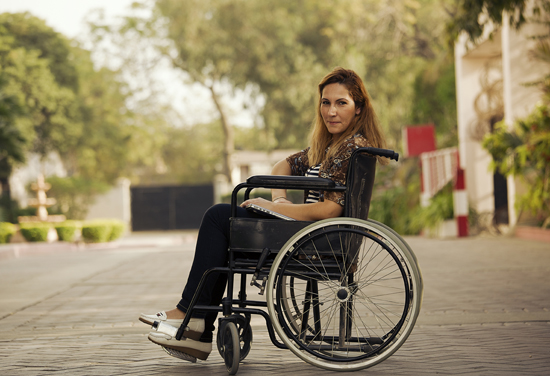 A lack of diverse representation of patients in clinical research has made it difficult to adequately assess the unique patient journey and efficacy of treatment for minority MS patients in comparison to non-Hispanic Caucasian women.

According to a recent study published earlier this year in Multiple Sclerosis and Demyelinating Disorders. The African-American population in the United States (U.S) is projected to rise from 13.3% in 2016 to 17.9% in 2060 and the Hispanic population in the U.S is projected to rise from 17.8% in 2016 to 28.6% in 2060.”  African-Americans and Hispanics make up the two largest minority groups in the U.S, but only represented less than 1% of the published articles on MS. African-Americans and Hispanics with MS are understudied. However, in the past decade MS literature has shown an increased interest in MS health in ethnic populations due to observations of more advanced onset of MS and younger age at diagnosis.

Multiple Sclerosis is a disease with many challenges in which 3 out of 4 patients happen to be women. Historically MS was considered a disease primarily impacting women of European descent however a 2012 study of military personnel published in Military Medicine reported 46 percent more cases of MS in blacks than in non-Hispanic whites. The course of disease also seems to be more severe, with earlier walking disability and poor recovery from eye problems observed among black women.

Latino MS patients face many issues with access to quality care which includes language barriers for Spanish speaking patients and cultural differences that contribute to miscommunications and misunderstandings. Limited access to programs that offer low-cost MRIs or medications and fear of being deported if they seek medical help are additional challenges that affect this community.

You May Also Like::  Interest High in Affordable Care Act Sign-Ups

Dr. Mitzi Williams, and MS Specialist at the MS Center of Atlanta notes “Patient engagement means having patients involved in every part of the process, meaning testing, choosing [initial] therapies and setting goals, and deciding when it’s time to change therapies—deciding whether a plan is working or not working…It also means that patients are able to bring their issues and concerns about symptoms to us. It can be easy as a neurologist to get caught up in disease-modifying therapies (DMTs), especially since we have so many options now, and to focus on MRIs and other tests—and maybe not focus as much on symptoms, especially those ‘silent’ symptoms that patients might feel a little uncomfortable talking about,” such as problems with sleep, cognition, bladder and bowel function, sexual function, and mental health, Dr. Williams said.

While considering the many treatments options out there and discussing symptom management extensively with patients during visits, clinicians should also encourage minority MS patients to get involved in clinical trials and research studies to better help understand how well specific treatments work across ethnic groups.