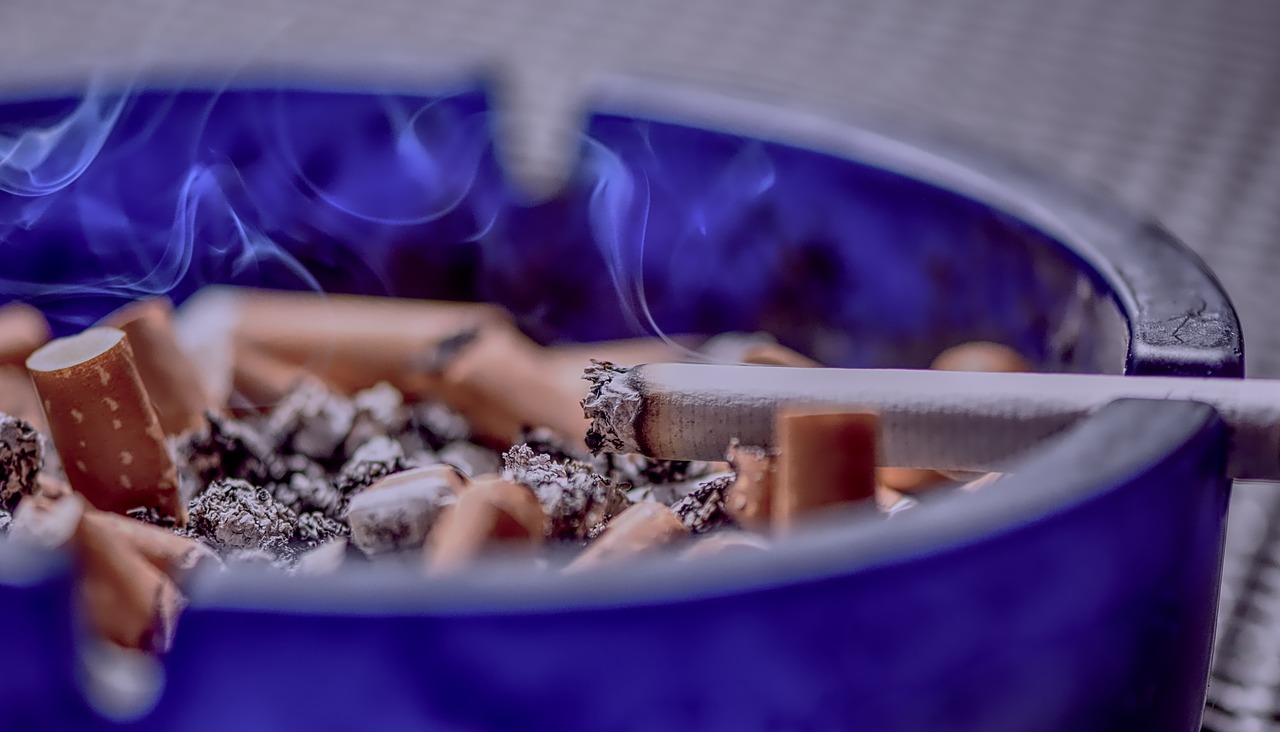 The Real Effects Of Chemicals In Tobacco Products On Patient Health

Your patients are likely aware that cigarette smoking can kill them. They probably also know that cigarettes contain chemicals—a mix of over 7,000 chemicals, in fact—that can cause diseases including cancer, cardiovascular disease, and COPD.1 What they may not know is that other tobacco products, like e-cigarettes, hookah, and smokeless tobacco, contain some of the same chemicals as cigarettes. What are these chemicals, and how might they affect your patient’s health?

Nicotine: The Addictive Chemical in Tobacco

Nicotine is a highly addictive chemical found in the tobacco plant itself and is therefore present in all tobacco products. While nicotine is what addicts and keeps people using tobacco products, it is not what makes tobacco use so deadly. Tobacco and tobacco smoke contain thousands of chemicals. This mix of chemicals—not nicotine—is what causes serious disease and death in tobacco users.2

Chemicals in Cigarettes: How Do They Get There?

Patients may believe that cigarettes are so deadly because chemicals are added to them in the manufacturing process. While some chemicals are added during this process, some chemicals in cigarettes—along with nicotine—are found in the tobacco plant itself. As the tobacco plant grows, it absorbs chemicals—like cadmium, lead, and nitrates—from the soil and fertilizer.3,4 Cadmium is a carcinogen and is also found in batteries, while lead is a chemical that was once used in house paint. Cadmium and lead are both toxic metals.1When the plant is harvested for manufacturing, these chemicals are present in the tobacco leaves.

As the tobacco leaves are cured, dangerous chemicals can form. These chemicals, called tobacco-specific nitrosamines, (TSNAs), remain in the tobacco leaves after the curing process.4,5,6 During manufacturing, ammonia—a chemical found in household cleaning products—along with other chemicals may be added to increase nicotine absorption.4,7 Sugar and flavor additives may also be added during this stage to mask the harshness of smoke. These additives form cancer-causing chemicals when they are burned.4,7,8

You May Also Like::  How Tobacco Can Harm The Lungs

Once a cigarette is lit, still more chemicals are formed in the burning process that wasn’t present in the growing and manufacturing stages. These chemicals are then inhaled by smokers or those exposed to secondhand smoke. Lastly, dangerous chemicals that are detrimental to human health, wildlife, and water supplies can be released from cigarette butt waste into the environment.9

Chemicals in Other Tobacco Products

In addition to nicotine, other tobacco products, like hookah, contain some of the same chemicals as cigarettes. Carbon monoxide, metals, and carcinogens can be found in hookah smoke, and hookah users are at risk for some of the same health effects as smokers as a result of these chemicals.10,11 Research shows that hookah smokers may absorb even more of the toxic chemicals found in cigarette smoke because of the length of hookah smoking sessions.11  A typical 1-hour hookah session can produce as much smoke as several packs of cigarettes.

Smokeless tobacco, although not combustible, contains a mix of 4,000 chemicals, including as many as 30 or more that are linked to cancer.12

These chemicals include heavy metals cadmium, lead, and nickel; as well as arsenic, a chemical used in insecticides; formaldehyde, which is used in embalming fluid; and N-Nitrosonornicotine (NNN), among others.13 NNN is known to cause cancer in animals and has been linked to an increase in the risk of cancer among humans.14,15

You May Also Like::  Treating Hypertension Based On Race

As e-cigarettes have only recently come under FDA’s regulatory authority, their effects on individual and population health are still being studied. Preliminary studies suggest switching completely to e-cigarettes could be less harmful than combustible cigarettes for adults who already have a nicotine addiction.22 Most e-cigarettes contain nicotine, the same highly addictive chemical in cigarettes that keeps people smoking even when they want to quit. Other chemicals found in cigarette smoke, like formaldehyde, acrolein, and acetaldehyde, are also found in some e-cigarette aerosols. These chemicals can cause irreversible lung damage at certain concentration.22-26   E-cigarettes can also contain flavorings such as diacetyl and acetoin. Diacetyl and acetoin are considered safe to eat but inhaling them can be harmful to the lungs.27 More research is needed to determine the levels at which these chemicals are present in e-cigarette aerosols.

Tobacco-Free: The Best Option for Health

Because all tobacco products contain the addictive chemical nicotine, no tobacco product can be considered safe.  Using no tobacco products whatsoever is the best way for patients to safeguard their health.  But if they are an adult with an established addiction, cessation will help protect them from the chemicals in tobacco products and tobacco smoke. Quitting smoking is often difficult, and may take multiple attempts,28 but the longer a smoker is able to stay quit, the more of a chance the body gets to heal from the damage done from chemicals. Nicotine replacement therapies (NRTs) can be effective for cessation and can double their chances of quitting successfully.29 Although nicotine is an addictive chemical, it does not carry the same risks as some of the other chemicals found in tobacco products. Many FDA-approved NRTs, including gum, patches, and lozenges, are available without a prescription, and may be used in combination with each other.30

You May Also Like::  Atrial Fibrillation Incidence follows Obesity Epidemic in Patients

The chemicals and chemical compounds found in tobacco products or tobacco smoke that could cause harm to both smokers or, secondhand to nonsmokers, are called harmful and potentially harmful constituents (HPHCs). Manufacturers and importers are required to report the levels of HPHCs in their products to FDA. If you would like to learn more about HPHCs found in tobacco products and tobacco smoke, a preliminary list of 93 HPHCs linked to cancer, cardiovascular disease, respiratory conditions, reproductive problems, and addiction can be found here.