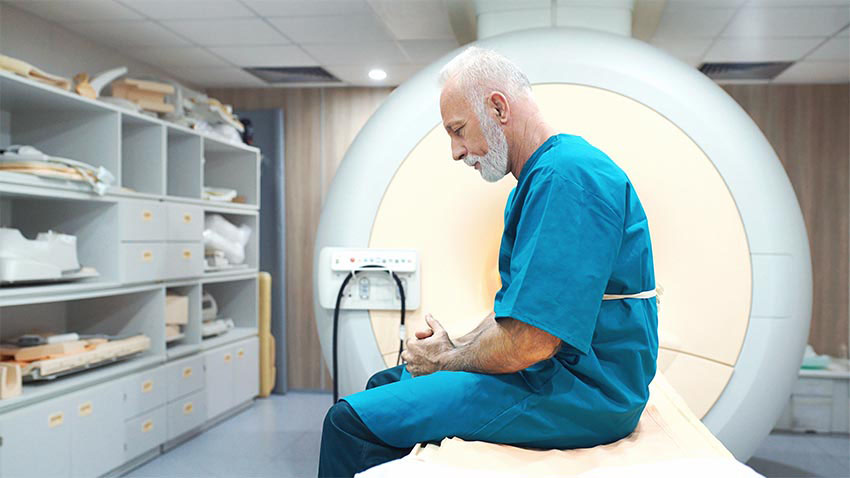 Over the last decade, enzalutamide and similar drugs have led to significant tumor control and increased survival time for men who have metastatic prostate cancer that continues to grow despite treatments to reduce male hormone levels.

Now, a multi-institutional clinical trial is shedding new light on these non-responsive tumors — pointing toward unique molecular characteristics that might be targetable with new therapeutic approaches. The findings appear in the Proceedings of the National Academy of Sciences.

Many of the pathways active in the non-responsive cancers were linked to “stemness” — meaning the cancers were more primitive, flexible and adaptable, and more likely to develop resistance to treatment, the study found.

The trial was led by Joshi Alumkal, M.D. who leads the prostate and genitourinary medical oncology section at the University of Michigan Rogel Cancer Center. It was conducted at Alumkal’s former institution, the Oregon Health & Science University Knight Cancer Institute, as well as at the University of California, San Francisco.

“The principal way we treat prostate cancer when it metastasizes is by using medical castration, or androgen deprivation therapy, that acts by interfering with male hormones, the fuel of prostate cancer,” Alumkal says.

Drugs like enzalutamide work above and beyond medical castration by further cutting off the fuel supply and blocking the androgen receptor, which acts as an engine in prostate cancer cells.

“Unfortunately, a significant number of tumors don’t respond to this treatment,” Alumkal says. “Our trial demonstrates that this engine appeared to be firing less strongly in tumors from patients who did not respond to enzalutamide, suggesting that other, unknown factors were important.”

The main goal of the phase 2 clinical trial was to compare the molecular blueprint of tumors that continued to grow following treatment with enzalutamide versus those that did not.

The trial recruited 36 men with metastatic castration-resistant prostate cancer. Biopsies from metastatic lesions were taken before the patients started daily treatment with enzalutamide.

A patient’s cancer was considered to be responsive to the treatment if his prostate-specific antigen level, or PSA — an indicator of tumor activity — had fallen by at least 50% after 12 weeks.

“This was a useful measurement because patients who did not see a 50% reduction in their PSA level had significantly shorter times before their cancers started growing again and lower overall survival,” Alumkal notes.

DNA and RNA sequencing were performed on biopsy samples in order to identify genes and pathways whose activity corresponded with treatment resistance.

Ultimately, by examining the genes that were turned on and off differently between tumors from responsive or non-responsive cancers, Alumkal’s team found an underlying pattern of low androgen receptor activity and high stemness in the non-responsive tumors.

With this knowledge in hand, the trial now paves the way to investigate ways to disrupt this program, Alumkal says.

You May Also Like::  Considerable Racial/Ethnic, Sociodemographic Disparities Present in Cancer

Specifically, Alumkal’s team plans to test drugs in the laboratory that are currently in pre-clinical testing, in clinical testing or approved for use in other cancers that are predicted to block the stemness pathways implicated in their clinical trial. They plan to focus on tumor models that accurately reflect the biology of the patient tumors that didn’t respond to enzalutamide.

“Our clinical trial provides new clues about why enzalutamide may not work well to control certain prostate cancers and provides a new roadmap to test drugs that we would not have otherwise thought to be relevant,” he said. “Ultimately, we hope to identify drugs that can block this resistance program so we may develop new clinical trials that focus on patients whose tumors are inherently resistant to treatment with enzalutamide and drugs like it.”

You May Also Like::  Global Perspectives: Is Thyroid Cancer Overdiagnosed?

Disclosures: OHSU and UCSF received research funding from Astellas/Pfizer to conduct this trial. Alumkal has received consulting income from Janssen Biotech and Merck, and speaking fees from Astellas.