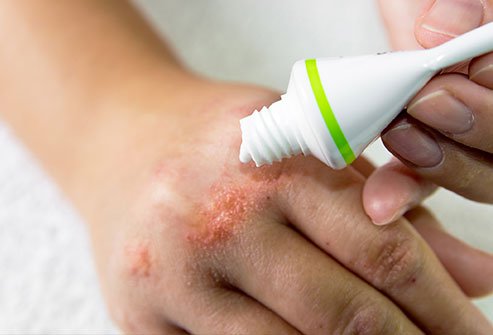 Severe atopic dermatitis (AD) produces painful, itchy and unsightly patches that disrupt sleep and have been linked to increased risk of depression.

Now researchers have analyzed findings from a randomized follow-up trial in adults from two previous studies (SOLO 1 and SOLO 2) and found that maintenance monotherapy with dupilumab (Dupixent, Regeneron) at 300 mg weekly or biweekly over 36 weeks is the most consistently effective monotherapy regimen for eczema control in those who responded to the biologic previously.

The trial followed the results from the drug being administered every 4 or 8 weeks; they showed a dose-dependent reduction in response.

“This study supports the use of 300 mg of dupilumab weekly or every 2 weeks as effective regimens in adults with moderate to severe AD for long-term maintenance of treatment response,” the authors stated in the report.

Led by Margitta Worm, MD, PhD, a professor and senior physician in the Department of Dermatology, Venerology and Allergology at Charité-Universitätsmedizin Berlin in Germany, and colleagues published their findings online in a late 2019 article in JAMA Dermatology.

The report, Study to Confirm the Efficacy and Safety of Different Dupilumab Dose Regimens in Adults With Atopic Dermatitis (SOLO-CONTINUE) found that more frequent dosing schedules resulted in a negligible change in percentage Eczema Area and Severity Index (EASI-75) improvement from the previous SOLO 1 and SOLO 2 trials (–0.06%; P < .001 vs placebo).

Conducted at 185 sites in North America, Europe, Asia, and Japan, SOLO-CONTINUE was a 36-week, randomized, double-blind, placebo-controlled phase 3 trial of 422 patients who were successfully treated with dupilumab 300 mg in SOLO 1 and SOLO 2.

The participants were around 38 years old and more than half were male. As previous responders, they had achieved Investigator’s Global Assessment (IGA) scores of 0 or 1 or a 75% or higher improvement in the EASI-75 score at week 16 in SOLO 1 and SOLO 2, which used 300 mg at dosing intervals of 1 and 2 weeks.

Current patients were randomly assigned in 2:1:1 ratio to the two dosing schedules of the previous trials, to less frequent regimens, or to placebo for an additional 36 weeks. For all study endpoints, those on the original dosage of 300 mg weekly (n = 89) or every 2 weeks (n = 80) achieved better maintenance than those with less frequent dosing every 4 weeks (n = 86) or every 8 weeks (n = 84). Maintenance was significantly better than placebo (n = 83).

Overall, the trial showed positive results for those that were consistently administered dupilumab over the trial period.