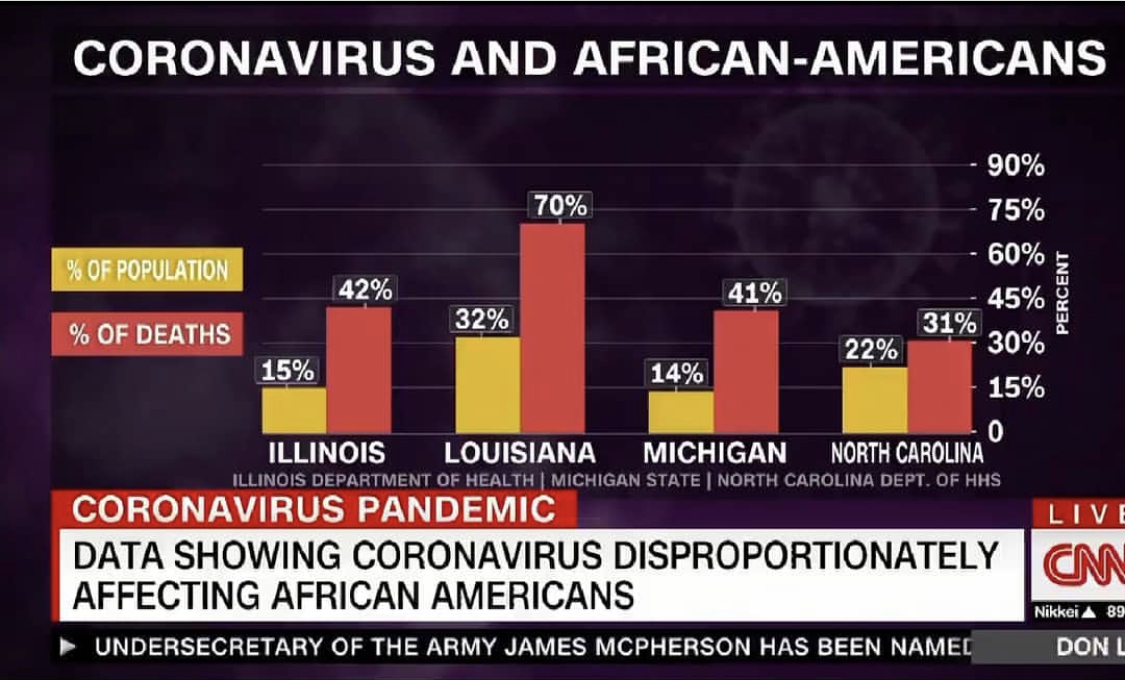 Early statistics and multiple news sources indicate that the coronavirus is infecting and killing African Americans at disproportionate rates. Yesterday (April 8, 2020) The New York Times reported that “African-Americans account for more than half of those who have tested positive and 72 percent of virus-related fatalities in Chicago, even though they make up a little less than a third of the population.”

During a C-Span news conference Dr. Anthony Fauci, director of the National Institute of Allergy and Infectious Diseases & member of the White House Coronavirus Task Force addressed the impact this pandemic has had on African Americans:

“Yet again when you have a situation like the coronavirus they (African Americans) are suffering disproportionately…It’s not that they’re getting infected more often it’s that when they do get infected their underlying medical conditions…the diabetes, hypertension, the obesity, the asthma, those are the kind of things that wind them up in the ICU and ultimately give hem a higher death rate.”

African Americans tend to live with less access to care and more chronic conditions that lessen their chance of surviving coronavirus. Similar disparities have recently been reported among Latinx patients in New York as well. Many of the conditions such as cardiovscular disease make dealing with the coronavirus disastrous for many of these patients.

“So when all of this is over and as we said, it will end, we will get over coronavirus, but there will still be health disparities which we need to address in the African American community.” Fauci closed. View the video of Dr. Fauci’s address below.