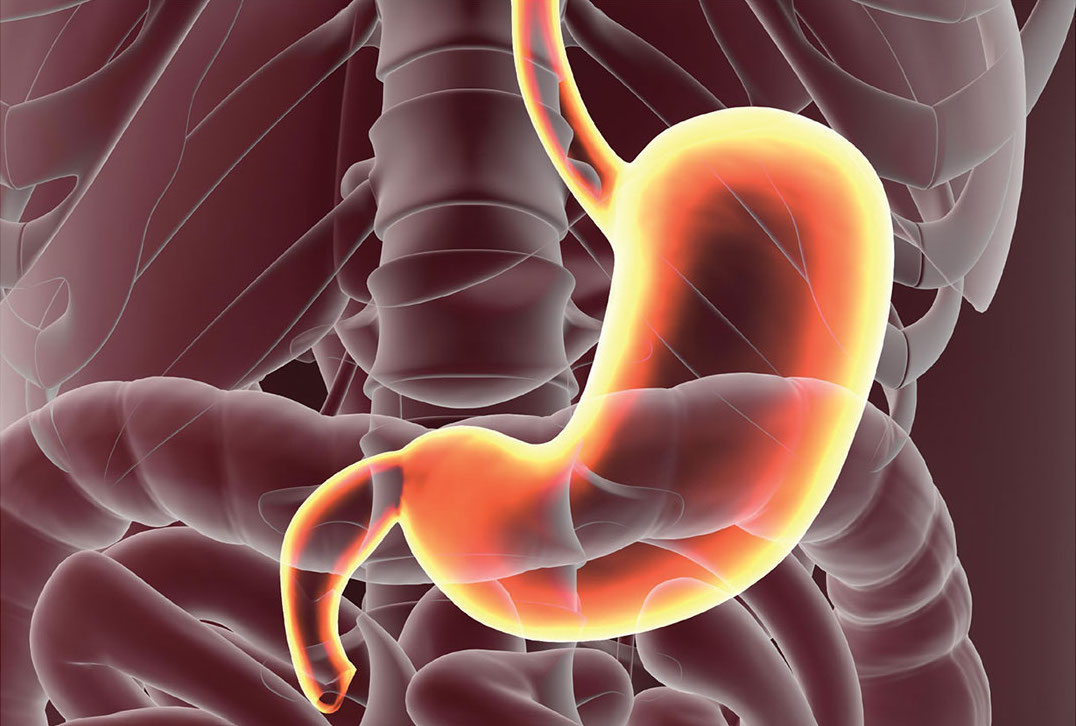 Peptic ulcer disease is caused by any disrupting factor of the mucosa layer. The most common causes are H. Pylori and nonsteroidal anti-inflammatory drugs (NSAIDs). H. Pylori is a helical gram-negative bacteria which colonizes approximately 30-40% of Americans or approximately 50% of people worldwide. H. Pylori is more commonly associated with duodenal ulcers. Conversely, NSAIDs are more commonly associated with gastric ulcers compared with duodenal ulcers. Other causes of peptic ulcer disease include alcohol, smoking, steroids, stress, and nutritional deficiencies.

Signs and symptoms of peptic ulcer disease are nonspecific and may be mistaken for gastroesophageal reflux disease (GERD). Patients may present with dyspepsia and epigastric discomfort. In patients with a gastric ulcer, pain is worsened with eating. However in patients with a duodenal ulcer, pain improves with eating and recurs approximately 2-3 hours after eating. Complications include gastrointestinal bleeding resulting in hematemesis or melena, perforation, or gastric outlet obstruction. These are life-threatening, thus an early diagnosis to initiate treatment is important.

Testing for H. Pylori can be done with urea breath testing, stool antigen testing, serologic testing, or endoscopy with biopsy. Urea breath testing has almost a 100% sensitivity and specificity and can be used for testing of cure following treatment of H. Pylori. Stool antigen testing identifies active infections, thus can also be used to test for cure. Serologic testing is used to detect immunoglobulin G and will be positive with previous and present infections, thus cannot differentiate between a past and present infection.

Treatment of peptic ulcer disease includes addition of two antibiotics to treat H. pylori infections. First-line therapy is triple therapy which includes Bismuth, amoxicillin, and clarithromycin for 7-10 days. With increased rates of resistance to clarithromycin, metronidazole can be used in place of amoxicillin. The use of probiotics in addition to pharmacotherapy increases the success rate of treatment and decreases potential side effects. Additionally, patients should be educated to avoid alcohol, lose weight, discontinue NSAIDs, and quit smoking.

As the population continues to age, the prevalence of peptic ulcer disease continues to increase. Clinicians must have a high degree of suspicion in patients presenting with dyspepsia and epigastric discomfort in order to effectively treat these patients. By initiating an early diagnosis, treatment can be instituted early resulting in decreased complications, morbidity and mortality rates.