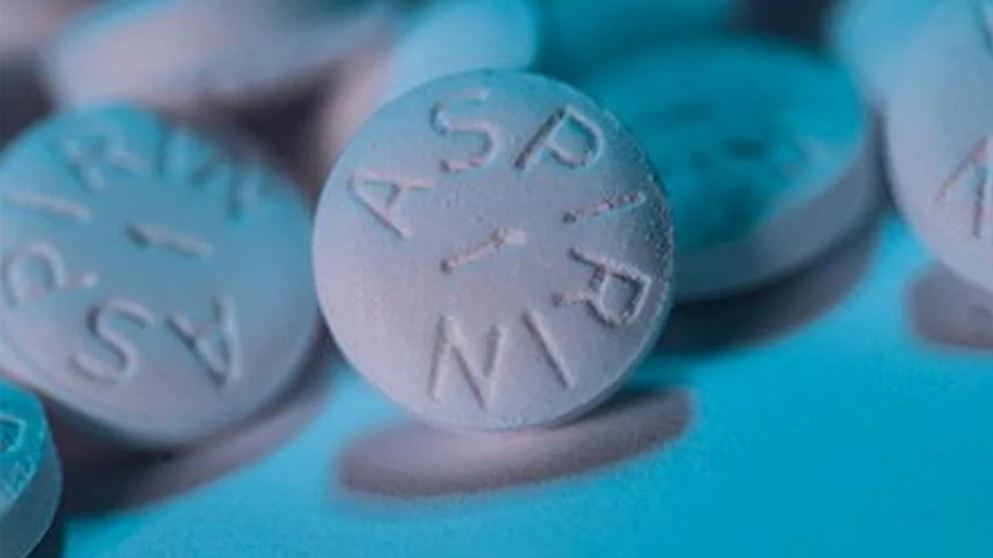 Depending on Age, Daily Aspirin May Lower Colon Cancer Risk

Low-dose aspirin may help some people curb their risk of developing colon cancer — but not if they wait until age 70 to start, a large, new study suggests.

Researchers found that when people began using aspirin in their 50s or 60s, their risk of developing colon cancer after age 70 was trimmed by 20%.

There was no such benefit, however, among people who began using aspirin at age 70 or later.

No one is saying all middle-aged people should rush to take low-dose aspirin, experts cautioned.

In fact, the U.S. Preventive Services Task Force recommends low-dose aspirin (usually 81 mg a day) for only a select group: People in their 50s who have at least a 10% risk of suffering a heart attack or stroke in the next 10 years.

The rationale is that long-term aspirin use carries a risk of bleeding in the gut or the brain. But for those middle-aged adults, the risk is outweighed by the benefits — namely, reduced odds of both cardiovascular disease and colon cancer.

With older adults, the benefits of starting aspirin are less clear. So the task force — a government-funded panel of medical experts — suggests people in their 60s talk to their doctor about the pros and cons.

For people in their 70s, the aspirin question gets murkier.

And a 2018 clinical trial fueled concerns about risks: It found that people age 70 and up who were randomly assigned to take low-dose aspirin were actually more likely to die of colon cancer than nonusers.

There was no obvious explanation for that, said study author Dr. Andrew Chan, a gastroenterologist at Massachusetts General Hospital in Boston.

You May Also Like::  Understanding Health Disparities in Prostate Cancer

“The results were very surprising,” he said. “We were expecting a reduced risk.”

The trial findings raised many questions, including: Is starting aspirin after age 70 the problem? Or is there an issue with any use of the drug at that age?

The task force guidelines talk about when to start low-dose aspirin, but not when to stop, Chan noted.

Those questions, he said, are what prompted the new study.

The findings, published Jan. 21 in the journal JAMA Oncology, are based on more than 94,500 health care professionals who were followed since the 1980s. During that time, 1,431 were diagnosed with colon cancer.

On average, Chan’s team found, people who had regularly used aspirin were 20% less likely to develop colon cancer at age 70 or beyond. That was with other factors — such as diet, exercise levels, smoking and body weight — taken into account.

The benefit, however, was apparent only among people who’d started aspirin before age 70.

There is evidence, he said, that it takes 10 to 20 years of aspirin use to lower the risk of colon cancer.

“I think this implies that in people who start in their 70s, you don’t have enough time to see a benefit,” said Greenwald, who was not involved in the study.

Chan said it’s also possible that aspirin has different biological effects at different ages — because older adults respond to the drug differently, their cancers are different from those of younger people, or both.

Researchers do not actually know why aspirin helps keep colon cancer at bay, but it might involve the drug’s anti-inflammatory effects.

People of any age should talk to their doctor before starting low-dose aspirin, Greenwald advised.

“Aspirin can cause harm, so you only want to take it if there’s some benefit for you,” he said.

People who start taking aspirin in their 50s can continue as they get older, but Greenwald said they should periodically reevaluate that with their doctor. The risk of bleeding does tend to rise with age and certain health conditions, or due to interactions with some other medications older adults commonly use.

Different people, Chan said, will interpret the risk-benefit issue differently. Some will consider the risk of a stomach bleed worth the potential payoff, while others won’t, he said.

The study was funded through government and foundation grants. Chan and his co-researchers have received fees from Bayer AG and other drug companies.

The U.S. National Cancer Institute has more on aspirin and cancer risk.