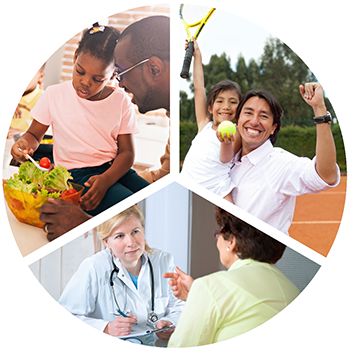 Diabetes In Minority Populations: What Can Be Done?

Racial and ethnic minority groups are disparately affected by the burden of diabetes. Minorities have higher rates of the disease, worse diabetes control and higher rates of complications. Not only are minority groups more likely to be diagnosed with diabetes, they are less likely to receive quality care, to receive recommended services for diabetes, including hemoglobin A1c testing, LDL cholesterol testing and an annual retinal exam (Boyle 2010; Mah 2006; Meng 2016). Minorities are also less likely to be involved in the testing of new diabetes drugs and in clinical trials (Amorrortu 2018; Rodriguez 2017). In addition, genetic predisposition, higher rates of obesity, earlier onset, poor blood sugar control, diet, and lack of exercise have all been shown to contribute to these racial and ethnic disparities (CMS 2017).

As a result of disparities in health care access and services and barriers to self-management, among other factors, minorities are also more likely to have poor health outcomes once diagnosed. These include higher rates of complications that have been found include amputations, end-stage renal disease, chronic kidney disease, and retinal disease.

Factors that play into these disparities include lack of access to health care, nutritious food, urban planning that allows for physical exercise, low patient/provider ratios, lack of adequate health education provided to patients, lower health literacy and numeracy rates among minority groups and lack of representation in the medical field. Additionally, clinicians are less likely to provide dietary and physical health education to minority patients (USDHHS 2008).

It has been shown that when interventions are taken to improve care and long-term health outcomes that target underserved populations, they are effective (Peek 2017). Effective interventions that have been shown to affect healthcare utilization among minority diabetic patients include culturally relevant language services, recruiting physicians and medical staff of color, and providing culturally appropriate health education materials. Eliminating disparities in clinical trial enrollment by minorities can occur by building relationships with minority-serving providers prior to trial development. Telehealth may also be a solution to decrease disparities, especially among the rural underserved and those who may lack access to transportation (Iyengar 2016).

Treating the 2.5 Million Diabetic Latinos in this Country