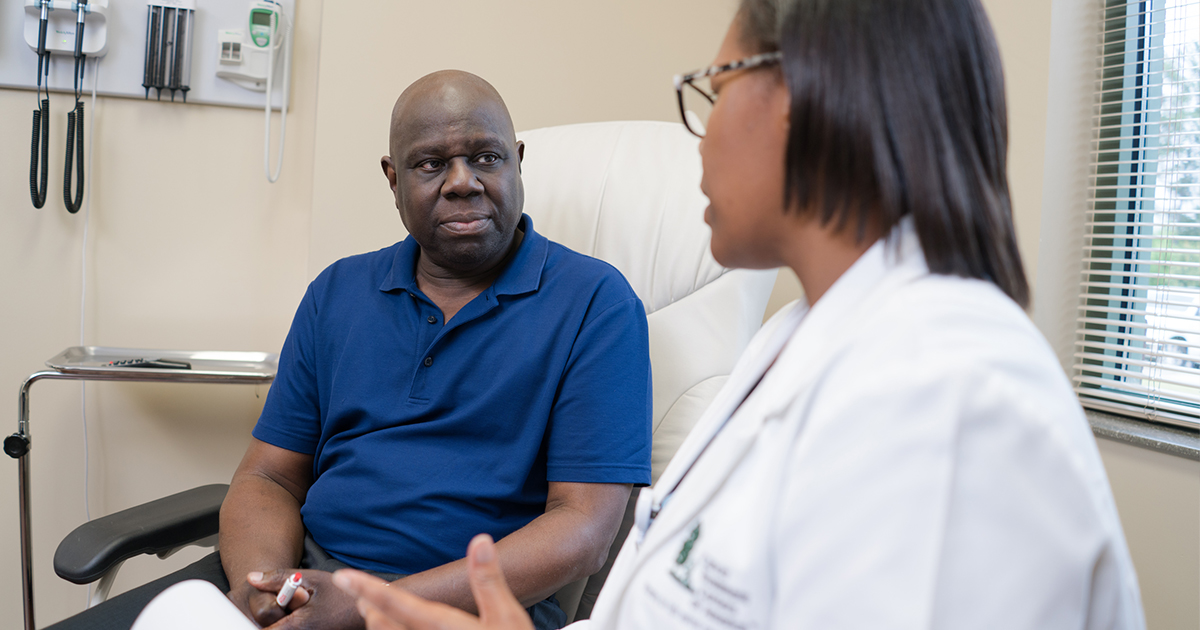 Do Perceptions of Black Men about Prostate Cancer Affect Risk?

When celebrities share their lives on social media, we might expect to see their hobbies, meals, or vacations—definitely not their colonoscopies. But that is exactly what Black-ish star Anthony Anderson did, and for good reason: he wants to make sure that men of color don’t miss this routine exam.

So why are colonoscopies so important for men of color in particular? The fact of the matter is men of color maintain the highest burden of prostate cancer, both in the United States and worldwide. However, despite this burden, men of color are less likely to be screened for prostate cancer. While the reasons for this are numerous, socio-behavioral factors may be in part responsible—making actions like Anthony Anderson’s all the more poignant.

A 2004 study that interviewed black men about attitudes, beliefs, and practices about prostate cancer and found a number of themes surrounding perceptions. Nearly half of participants stated that they were unaware of their risk, in part due to a lack of culturally appropriate health information and also related to a fear of hearing something “bad.” According to informants, the lack of black men in media campaigns for prostate cancer awareness led them to believe that the messages were not for them. Further, over half of participants stated that their healthcare provider had never offered screening to them—and those providers that did were often unclear about the benefits and risks of screening exams.

A general mistrust of the healthcare system was also at play; 40% of participants said that they did not believe that the healthcare system was designed to help black men, and nearly 63% mentioned being treated poorly due to their race. Reported microaggressions directly from healthcare providers ranged from negative comments about black hair to the dismissal of a 52-year old asking for a screening, doctors citing that he was “not old enough yet.”

You May Also Like::  BRCA-Positive Patients Experience Mental Health Disparities

Finally, social support was viewed as a strong positive indicator of prostate cancer awareness. Those who had relationships with prostate cancer patients or who had close ties with mentors that shared prostate cancer knowledge were more likely not only to have, but also to spread awareness, citing a “personal responsibility to share correct prostate cancer information.”

What does all of this tell us about how to improve prostate cancer outcomes for men of color, and black men in particular? For one, the increase of representation for black men in media campaigns may be a critical bridge to black communities in increasing medical literacy. It is as critically crucial that healthcare providers be proactive in informing black patients of their risk, and clarifying the importance of screening for them. Finally, capitalizing on support networks like churches, community centers, and other trusted institutions to spread accurate information might be a good way to legitimize awareness among black patients.