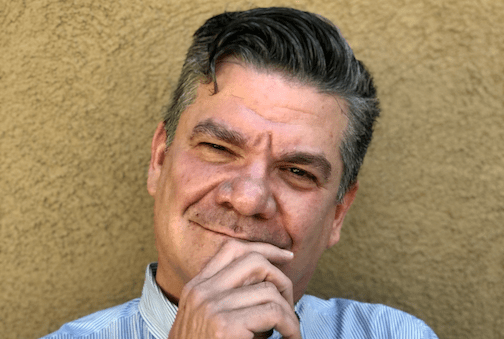 In this MD Newsline exclusive interview with pediatrician Dr. Andrew Cronyn, we discuss how to provide LGBTQ-culturally sensitive care and overcome language barriers.

How have you been able to implement LGBTQ-culturally sensitive care in your practice? Do you believe doing so improves treatment adherence?

“Where I was previously working where I set up a center for transgender and gender nonconforming and questioning youth, we did a lot of teaching. We used all sorts of free LGBTQ+ curricula. Fenway Health has a really good free curriculum that works to teach people LGBTQ-culturally sensitive care—all the way from the first contact with the organization back to the providers—so everyone can get the training, which helped a lot. One of the challenges is that people leave jobs and new people come in, so you have to do ongoing, repetitive training.

In contrast, at Transhealth Northampton, because of who we hired, we are not having to worry so much about that issue. But we’re not perfect. Someone created a jar the other day where if you misgender someone, you write down an affirmation in the jar and put it in, just to remind us that we are going to make mistakes. We do need to do better. We can’t just keep saying, oh, I just made a mistake because we’re working with trans and gender-diverse staff and patients every single day.

So having people around you who you may need to think about their pronouns in ways you never had before is really important. And practice. Sit down and practice using ‘they’ and ‘ze’ as a pronoun. Don’t do that with a trans person. Don’t do that with a nonbinary person. Do it with another cisgender person. Sit down and talk to them because that’s a place to practice. We practice plenty of other things. Most of medicine is role-play when we’re learning how to do it.”

How do you deal with language barriers so that they don’t impede your ability to deliver quality care?

“This is a challenge that I don’t think healthcare has figured out. I think the real answer is that we need to hire from the communities that will give good interpretation and translation.

I like to tell a story from where I worked previously. When we first started collecting sexual orientation and gender identity data, we made a form to do that, and we got it approved, and then we had it translated. Our first translator was someone who did a lot of translations for a lot of big organizations. They translated it and brought it back, and we gave it to our front desk personnel.

And I remember one of the ladies who worked at the front desk came back to me and said, ‘Dr. Cronyn, I can’t give this form to people.’ I said, ‘Really? Why? What’s going on?’ She said, ‘The words they’re using here describe animals and not people. I think they probably used Google Translate.’ I said, ‘Oh, ok.’ So I went back to our leaders and said, ‘There’s a problem. We need to fix this.’

So I brought the form to one of my colleagues, a big LGBTQ+ activist, to translate. He translated it. I brought the translated form to the front desk, and they said, ‘Dr. Cronyn, we can’t use this form.’ I said, ‘What’s going on now? We got someone to translate it.’ She said, ‘No one knows what some of these words are.’ I said, ‘Oh, ok. Because the words used in academic and activist circles are often different from what’s used regularly.’

So, we ended up paying her to translate the paperwork because she was from the community. I think that’s the answer. We need to grow translation skills within communities, and then we need to support those people in working in medicine. Because the truth is, no matter how well I speak Spanish—and my speaking Spanish began on the playground in elementary school—I will never have the ability that a native Spanish speaker has.

And then, of course, there are other languages for which we need interpretation and translation. We’re a country of immigrants and refugees, and translating over a phone is not good enough. So this is something in medicine that we need to do a better job at. Insurance companies need to pay for it. We need to make sure it’s being paid for, and then it will happen. In the meantime, it’s a lot of stumbling along.”