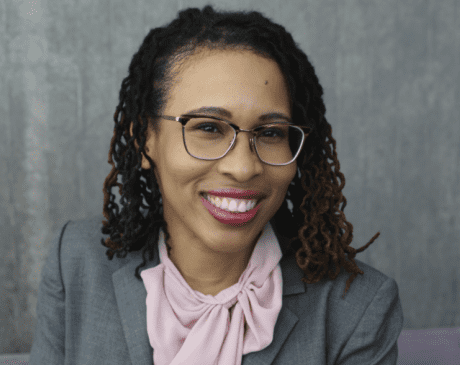 In this MD Newsline exclusive interview with obstetrician and gynecologist Dr. Wendy Goodall McDonald, we discuss medical treatment for fibroids, including GnRH agonists and GnRH antagonists, and how to manage fibroids during pregnancy.

What is your medical treatment strategy for fibroids?

“Medical treatments for fibroids are extensive. Often I will start with a hormonal birth control, whether it is an estrogen/progestin-containing pill, or progestin-only pill, or an implant, or an IUD. These treatments are excellent for reducing blood loss from fibroids and often as well, improving symptomatic pain from fibroids every month.

If a person is having pain and bleeding that are not relieved by birth control, or they are against using birth control for one reason or another—and remember, you have to ask them why—I often will also use GnRH agonists or antagonists.

GnRH antagonist, Lupron, is one of the medications often used to reduce blood loss from fibroids, as well as shrink fibroids, often in preparation for surgery.

There’s a new medication on the market called elagolix, which is a GnRH antagonist. This GnRH antagonist will actually reduce the amount of blood loss from fibroids as well, but it does not reduce fibroid size.

These medications are excellent for postponing surgery or for treating people who are not amenable to other medical management or surgical management. And they are often used for short periods of time—6 months, or up to 2 years—depending on the type of medication that you’re using.”

How are GnRH agonists and GnRH antagonists used to treat fibroids?

“Also, there are GnRH agonists and antagonists. Most people have heard of Lupron, which is the GnRH agonist, which will rev up a person’s GnRH receptors, which will ultimately turn down the amount of blood loss that a person will have from fibroids. It’s often also used in preparation for surgery to shrink fibroids.

You May Also Like::  Fetal, Early-Life Exposures May Impact Young Adult Bone Health

There’s also now a GnRH antagonist, which is known as Oriahnn, it is elagolix, and it is a medication that is used to reduce blood loss from fibroids as well.

What’s important to know, between Lupron and elagolix, elagolix will not reduce the size of fibroids. However, it will reduce the amount of blood loss as a result of fibroids. Both treatment strategies are very helpful when it comes to trying to prevent or postpone surgery for people with very symptomatic fibroids.”

How do you manage fibroids during pregnancy?

“Well, due to the prevalence of fibroids, it’s interesting that a number of my patients of African descent will have fibroids diagnosed in pregnancy. So I often will step back when I see that on an ultrasound report and take a moment with my patients to explain to them what fibroids are. Because they may not have ever been told before this pregnancy that they have fibroids.

But I also tell them that in the setting of pregnancy, most people—especially when they’re smaller fibroids and incidentally diagnosed—will not have complications due to fibroids in pregnancy. I do warn them, though, fibroids do increase your risk of postpartum hemorrhage in pregnancy, and malpresentation. So a baby could be more likely to be breeched or irregularly positioned by the end of the pregnancy if a person has large fibroids.

But again, smaller fibroids are not something that often will impact a person’s pregnancy or their delivery, but I think it’s important to take a moment to explain it to the patient, regardless of the fact that they may not have symptoms or complications. Just because we see fibroids all the time and know that they’re probably going to be less consequential for that patient, this is their first time hearing that they have fibroids.

So stopping to tell them that they’re benign growths, that 70 to 80% of women will have them by the age of 50, and that most people don’t have symptoms or complications due to them will not only keep them informed about their health but will also hopefully quiet some of their fears of now learning that they have fibroids.”