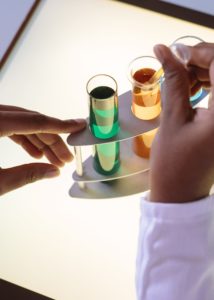 By Chloe WilkersonOctober 27, 2020No Comments

Critical conversations about the value of racial diversity and the importance of
representation are taking place in all walks of life. These conversations are not
theoretical exercises: they are meaningful and impactful practices in changing
entrenched and damaging dynamics. In some cases, that damage can quite literally be a
matter of life and death.

Consider the consequences of underrepresentation in a medical context, specifically in
clinical trials in oncology research. If a study population is not reflective of the people
who are experiencing a disease or undergoing a treatment, the volume and confidence
in the data can be severely compromised. Failing to use a racially diverse pool of trial
candidates can create glaring gaps in drug development, subsequently harming the
population experiencing a disease or sickness.

The good news is that this issue is getting serious, scholarly attention, with a number of
informative articles highlighting this topic in recent years and additional studies being
published by leading human behavior and analytics firms. The bad news is the picture
these articles paint is rather grim. Issues in racial reporting and representation are
widespread and likely limit the confidence in trial data.
Recognizing the underrepresentation that is present in the healthcare industry—and
understanding what that means for patients and others—is the first step toward grasping
what can be done to start overcoming these systemic barriers.

Worrisome disparities
An article, published in August 2019, revealed an eye-opening pattern with respect to
disproportionately low participation rates of racial minorities—as well as an all-too-
common failure to even report on patients’ race. One-third of the trials studied in the
piece did not report any information about patients’ racial background. Even in those that
did report racial demographic data, minorities were significantly underrepresented.
Data presented in a compelling 2018 infographic from Clinipace Worldwide reveals that
this problem is hardly new—and adds new detail to the representation challenges
endemic to oncology trials. Among the many alarming pieces of information in the
infographic is the fact that racial minority groups made up less than 10% of all trial
participants. A ProPublica article from the same year explored the noticeable lack of
diversity in cancer drug clinical trials and made the sobering conclusion that not only is
“stark under-representation of African Americans” found to be “widespread in clinical
trials for cancer drugs,” but that those patterns persist “even when the type of cancer
disproportionately affects them.”

Serious implications
Racial and gender underrepresentation in clinical trials comes with serious
consequences. Trials are a rare, and in some cases invaluable, opportunity for patients
to access new and potentially clinically meaningful medications; underrepresentation
harms far more than just those individuals who were directly excluded from participating.
These types of trials take place on the cutting edge of medicine. They represent doctors’
and scientists’ best opportunity to better understand and treat serious illnesses. Failing
to account for different demographic groups in such studies makes them inherently less valuable and limits the utility of and confidence in the data they yield.

Oncologist Kanwal Raghav, corresponding author of the study mentioned above, puts it
plainly: “It’s important to recognize that this problem is there and this problem is
persisting over the years.”
The question, of course, is what can be done about it?

Possible solutions
Awareness of the diversity gap in oncology clinical trials is an important first step. Taking
the next step toward solving this problem, however, is significantly more challenging,
especially because there are so many variables influencing oncology clinical trial
recruitment and participation. Identifying specific problem areas to address can be tricky.
What is clear is that any meaningful solution to this problem will require a holistic
approach, working to boost diversity participation and trial leadership from both
“directions.” That means identifying any trial design and protocol roadblocks that may
differentially deter enrollment from underrepresented groups, as well as addressing
challenges that may exist in the following areas:

 The nature of oncologist-patient relationships.
 The ways in which patients are given trial information or encouraged to enroll.
 Negative attitudes/perceptions of underrepresented groups toward clinical trials.
 Criteria physicians utilize to approach and/or select patients for clinical trial
involvement—and whether there is a selection bias impacting the flow of
potential recruits.

This is all just a starting point. And the information generated from those lines of inquiry
has potentially profound implications for how research is conducted. Changing these
ingrained patterns of underrepresentation will require a commitment to gathering,
organizing and publishing the detailed data that reveal where–and how–we are falling
short, and where opportunities to improve can be leveraged to make the greatest impact.
Much more research is needed, and both researchers and those who design and
oversee these trials need to continue to be sensitive to providing a true representation of
the breadth of the relevant patient population—and to be diligent and transparent about
providing that information both before and after trials are conducted.
None of this will happen overnight. But these are big issues with big implications for
patient welfare and scientific understanding. It is well past time that they were given the
rigorous care and scrutiny they deserve. 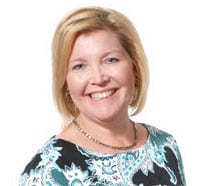 Caroline Brennan is a vice president in the Health division at Escalent. Caroline has over 24 years of market research experience with both professionals and consumers across many therapeutic areas such as neuroscience, oncology and rare diseases. She can be contacted at Caroline.Brennan@escalent.co.