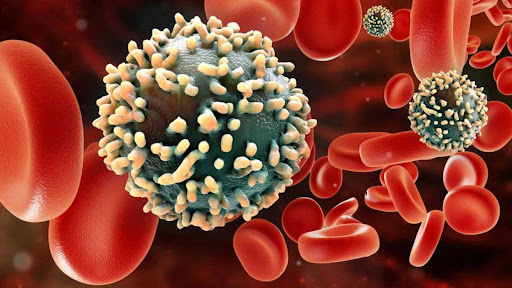 In this MD Newsline exclusive interview, internist/HIV specialist Dr. Pete Thomas sits down for an interview with resident physician/public health professional Dr. Janelle Hadley to discuss HIV treatment over the years and the HIV care continuum.

Can you speak on how HIV treatment has changed over the years?

“When I began my training back in the late 90s, HIV was essentially a death sentence. We had antiretroviral medications to treat HIV, but they were very heavy on the side effects and not so much on efficacy. It worked somewhat to suppress the virus but would eventually develop resistance, and then you have all the side effects that came along with the medications.

Patients would take 12, 15, sometimes up to 18 medications. They would have nausea, vomiting, headache, dizziness, etc. You can imagine having to take those medications every single day and only enjoying 60 to 70% efficacy.

Now, we have a single tablet with three different medications in it with amazing efficacy, provided that there isn’t resistance. It’s just great. Night and day, with a very low side effect profile.

With any medication, your ideal goal is to have maximum efficacy with the least amount of side effects. There’s no such thing as no side effects. I try to manage expectations with my patients. Right? You have to let them know there is not a drug without side effects. The question is, what side effects can the patient tolerate?

Now, we’re able to have a real conversation about ending the [HIV] epidemic. So when the federal government, the Department of Health and Human Services, says the mandate now is to end the epidemic by 2030, that is a real goal. There are certain mandates that programs and hospitals that are getting federal dollars, particularly Ryan White dollars, that they meet certain metrics to make sure that goal happens.

There’s a commonly used phrase called, ‘u equals u; undetectable equals untransmittable.’ Something that we discussed earlier and I like to use is called the HIV care continuum. There’s 1.1 million people in the United States who are infected with HIV. Only 86% of those folks are aware of their diagnosis. Of those, only 44% are actually engaged in care. Of those, only 37% are on these highly effective medications to treat HIV. Of those, only 30% are actually virally suppressed.

So you can imagine the tall task that we have. If only 30% of the people are virally suppressed—and don’t forget, u equals u; undetectable equals untransmittable. Really, the only people who are undetectable are those 30%, which is the reason why the federal government says, ‘if you’re getting Ryan White dollars, we want 80% of your clients to be undetectable.’

So that’s really pushed programs not to be tolerant of people who say, ‘oh, I didn’t take my medicine, or, oh, my insurance lapsed…’ No, if you want to keep getting these dollars, you need to do whatever you have to do to make sure your clients are taking their medication and that they’re responding to those medications. That means checking back in with them, saying, ‘ok, we had you on six weeks of this medicine. Let’s check your numbers again and see if we’ve gotten your viral load down to close to zero.’ ”