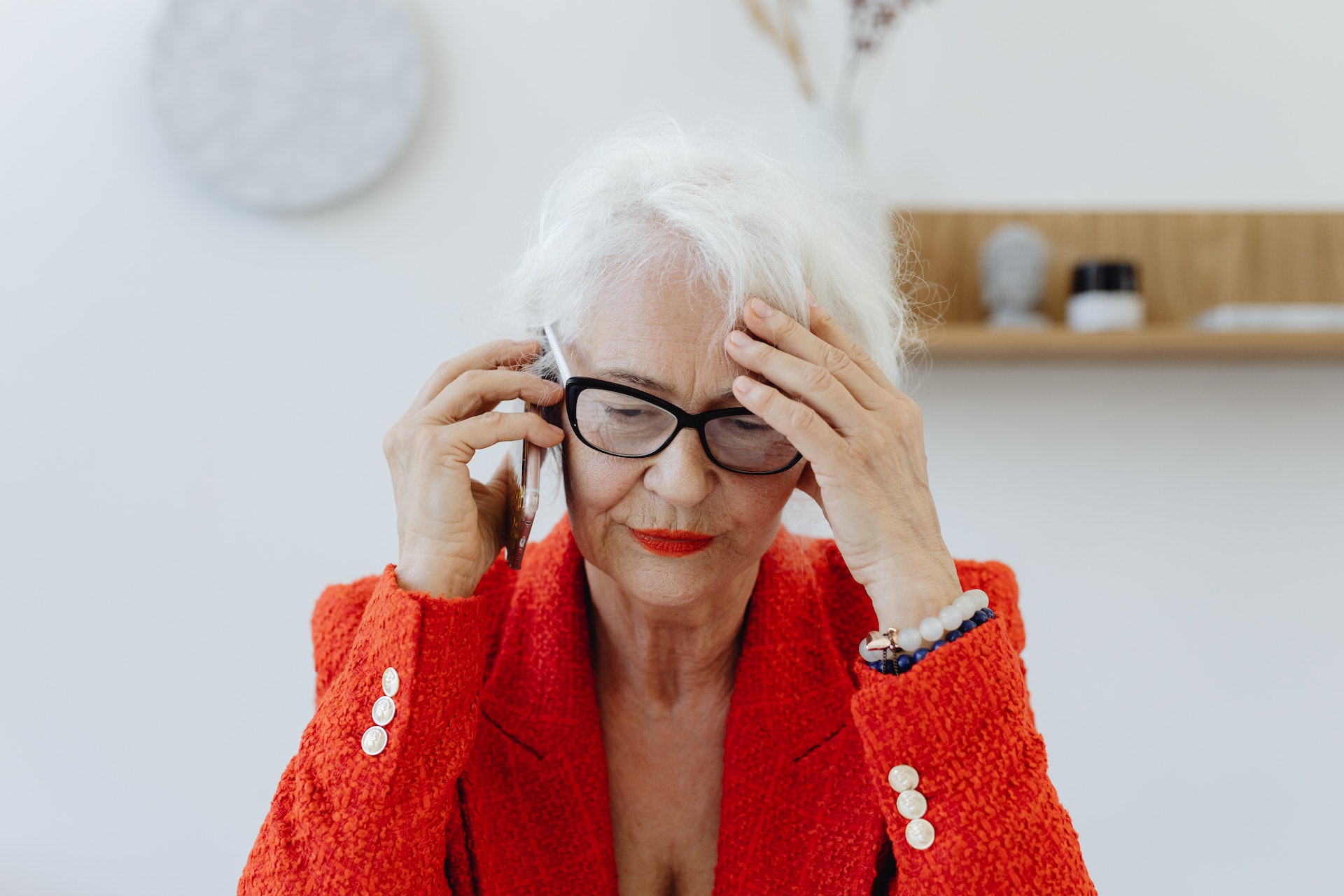 Memory loss is the most common symptom associated with Alzheimer’s disease — the terrifying prospect of slowly forgetting yourself and everything around you.

But people who exhibit memory loss early on in their dementia actually have a slower rate of decline than those who develop other symptoms earlier, a new study reports.

Difficulty forming sentences, making plans, solving problems or judging space and distance — these symptoms all herald a steeper and faster decline for Alzheimer’s and dementia patients than do early memory problems, researchers found.

“People with memory changes in fact have a slightly slower rate of disease progression than people who have other symptoms, like language or judgment issues, in terms of their ability to function independently and take care of themselves,” said lead researcher Dr. Jagan Pillai, a neurologist with the Cleveland Clinic Center for Brain Health, in Ohio.

If these early symptoms prove to be a reliable clue, they could help patients and their families better prepare for what’s ahead, he said.

Future Alzheimer’s drug trials could also avoid potential bias by making note of people’s early symptoms and sorting out those expected to have a more rapid decline, Pillai added.

“In clinical trials, everyone with Alzheimer’s disease is lumped together,” Pillai said. “You can imagine bias occurring if the medication arm of the trial has more people with non-memory problems than the placebo arm. That could bias the results.”

You May Also Like::  New Clues to Why Disability Strikes People With MS

For the study, his team analyzed data on more than 2,400 people with dementia, drawn from a database maintained by the National Alzheimer’s Coordinating Center.

Many Alzheimer’s treatment centers in the United States regularly feed information into the federal database, which since its start in 1984 has grown into a large repository of patient data for research.

Memory problems are the most common early symptom of Alzheimer’s and dementia. Nearly 80% of the time, memory loss serves as the first sign that something is wrong, results show.

“When anyone thinks about Alzheimer’s disease, they think about someone having memory loss and how it progressed over time to affect other areas of their function or their thinking,” Pillai said. “It’s less well-known to the general public that Alzheimer’s can present with other symptoms initially.”

But nearly 10% of dementia patients initially have symptoms related to their executive function, the researchers found.

“They might have problems making judgments,” Pillai said. “They cannot plan their day or perform a task like signing on to a computer.”

Another 10% first present with symptoms related to language.

“They’re just not able to speak in full sentences, and struggle with expressing themselves,” Pillai said.

People with those rarer early symptoms had a faster rate of decline in their brain function and their ability to maintain their quality of life, study results showed.

“That really means that a good clinician actually has a lot of opportunity to have insight into what’s going to happen to a patient over time,” said Mary Sano, director of the Alzheimer’s Disease Research Center at Mount Sinai, in New York City.

“I think that’s really important because there’s always some hesitancy about whether or not to diagnose Alzheimer’s disease,” Sano said. “And what you can see is that it is important to get the evaluation. It will tell you a little bit about your prognosis and what you might expect over time.”

You May Also Like::  Female Doctors Less Likely to Be Promoted to Upper Faculty Ranks

There’s no way to know why these differences in decline exist, but it could be based on how Alzheimer’s or dementia affects specific regions of the brain, Pillai said.

A brain region affected by dementia might produce specific early symptoms, and that region might also be prone to rapid decline.

Another potential explanation might involve how these early symptoms affect a person’s everyday life, Pillai said.

“Let’s say someone has a memory problem, but they can still function independently in their daily routine, because their routine has been pretty consistent over a period of time for them, so they’re able to function within that specific limitation,” he said.

“Whereas if you have changes like language problems, that limits your ability to go out and make things happen in society. Your social life changes pretty significantly. Or if you have a spatial problem, it’s difficult to navigate outside of home, outside of your comfort zone. If you have judgment issues, you cannot take on any new projects pretty early,” Pillai continued.

So those things start affecting daily functioning much earlier than memory issues, which people can likely compensate for longer, he suggested.

“If language abilities and executive functioning are somewhat preserved, this may limit the rate of decline in overall cognition and functioning,” she said.

Researchers said the difference in the speed of decline is enough that it could have biased the clinical trials that led to the approval of the Alzheimer’s drugs Aduhelm (aducanumab) and Leqembi (lecanemab).

You May Also Like::  Neurologist Implicit Bias and Multiple Sclerosis Disparities

“Future clinical trials might have to be more careful in making sure that people with memory or non-memory problems are equally balanced in both the drug and the placebo arms, so there’s no bias in terms of measuring effectiveness,” Pillai said.

He doubts that these symptoms could be used to determine who might benefit from the new Alzheimer’s drugs.

“If future studies show that the disease itself is very different for memory problems versus other non-memory changes, then it might have future implications for therapies,” Pillai said. “But we’re not there yet.

But Sano said the symptoms might give doctors an idea of what to expect from the drug in specific patients.

“If you knew that a person’s first symptom was one of these other ones and you might expect that they were going to deteriorate more rapidly, then your expectation of the treatment might be that it could still have an effect but it might not be as effective as it is if someone didn’t have those additional symptoms,” Sano said.

The findings were recently published online in the journal Alzheimer’s & Dementia.

What This Means for You

A dementia patient who first struggles with language or has problems planning or working out problems is more likely to have a fast, steep decline than one whose memory falters.

The Alzheimer’s Association has more about early signs of Alzheimer’s.