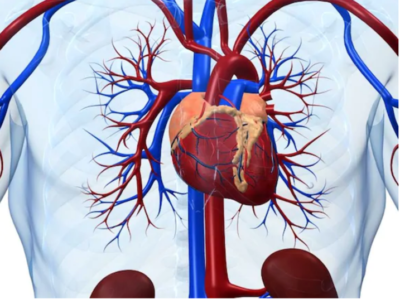 Some of the excess risk for heart failure explained by higher prevalence of malignant LVH in blacks.

A “malignant” subphenotype of left ventricular hypertrophy (LVH) with minimal elevations in cardiac biomarkers is associated with an increased risk for heart failure, with some of the excess risk for heart failure among blacks explained by a higher prevalence of malignant LVH, according to a study published online Jan. 14 in Circulation.

Alana A. Lewis, M.D., from the University of Texas Southwestern Medical Center in Dallas, and colleagues pooled data from 15,710 participants without prevalent cardiovascular disease from three population-based cohort studies.

The researchers found that heart failure occurred in 3.3 percent of participants during the 10-year follow-up period, with rates of 5.2 percent in black men, 3.8 percent in white men, 3.2 percent in black women, and 2.2 percent in white women. Compared with white men and women, the prevalence of malignant LVH was threefold higher among black men and women. The adjusted hazard ratio for heart failure was 2.8 for those with malignant LVH and 0.9 for those with LVH and normal biomarkers compared with participants without LVH; findings were similar in each race/sex subgroup. In mediation analyses, the excess hazard for heart failure among black men (33 percent) and black women (11 percent) was explained by the higher prevalence of malignant LVH in blacks.

“We hope these findings can help cardiologists identify those at higher risk for developing heart failure and intervene earlier,” Lewis said in a statement.