The American Society of Hematology (ASH), the world’s largest professional society concerned with the causes and treatment of blood disorders, today announced the election of three new members to its Executive Committee for terms beginning after the 2021 ASH Annual Meeting, December 11-14 in Atlanta, Georgia.

“Drs. Narla, O’Brien, and Stock have been dedicated leaders within ASH and represent some of the brightest minds in the field of hematology. I want to congratulate them on the results of the election, and I look forward to their passionate work to serve the Society on behalf of our members,” said current ASH President, Martin S. Tallman, of Memorial Sloan Kettering Cancer Center (MSK).

“Under their leadership, the Society will be well-positioned to be at the forefront of medical education and cutting-edge research, foster a strong and competitive workforce, and advocate on behalf of hematology patients worldwide.” 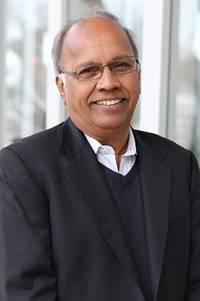 Dr. Narla is a distinguished scientist at New York Blood Center, with a career spanning more than 50 years. He has made significant contributions to research focused on the pathophysiology of inherited and acquired red blood cell disorders, and his research interests include hereditary spherocytosis, sickle cell disease, thalassemias, and malaria. He also specializes in erythropoiesis with an emphasis on ineffective erythropoiesis in myelodysplasia and Diamond-Blackfan anemia.

Dr. Narla has been a dedicated ASH member and volunteer for more than 40 years. Most recently, Dr. Narla received the 2020 Wallace H. Coulter Award for Lifetime Achievement in Hematology for his significant contributions to hematology through his ground-breaking research, his inspirational mentoring style, and to the advancement of the field at large during his career.

You May Also Like::  Dr. Lee Greenberg: Why are Blacks More at Risk of Blood Cancer

An ASH member since 1980, Dr. Narla has served in many roles, including as a councillor (2010) and ad-hoc member of the ASH Executive Committee (2005-2006; 2013-2016), associate editor of Blood for 10 years (2003-2012), chair of the awards committee, author of the ASH Self-Assessment Program, and as a member on numerous committees and working groups. Dr. Narla is also currently serving as a member of the Advisory Council of the National, Heart, Lung, and Blood Institute (NHLBI).

Dr. Narla shared, via a personal statement, that “As an immigrant to America, I have been pursuing a career in hematology research with an engineering background for 50 years almost by accident, but it has been a wonderful journey. I have a deep appreciation and understanding of ASH’s mission, and I look forward to playing a key role in expanding and revitalizing hematology training programs to inspire the next generation of clinicians, scientists, and physician-scientists to pursue careers in hematology. Ensuring a diverse and inclusive workforce is essential to caring for patients with blood disorders.” 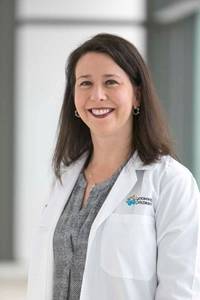 Dr. O’Brien, councillor-elect, is an associate professor of pediatrics, at the Ohio State University College of Medicine, and director of experimental therapeutics within the Division of Hematology/Oncology/Bone Marrow Transplant and principal investigator for the Center for Child Health Equity and Outcomes Research at the Abigail Wexner Research Institute at Nationwide Children’s Hospital in Columbus, Ohio. Dr. O’Brien’s research interests include the evaluation and diagnosis of mild bleeding disorders, thrombosis and thromboprophylaxis, and the intersections between hematology and women’s health.

An active ASH member since 2003, she is currently serving as a member of the Blood Advances editorial board and chair of the ASH Awards Review Subcommittee.

You May Also Like::  Characterizing Multiple Myeloma in Hispanic Americans

Dr. O’Brien has held various roles on ASH Committees and Task Forces to support the Society’s quality-related efforts, including the Committee on Quality for seven years, the Choosing Wisely Task Force, and the ASH Clinical Practice Guideline panels on venous thromboembolism (VTE) and von Willebrand Disease (VWD), and she previously served as co-director and member of the oversight committee for the ASH Clinical Research Training Institute (CRTI). Dr. O’Brien also served as a member of the ASH Scholar Awards Study Section for seven years. Dr. O’Brien is an alumnus of the ASH CRTI (2005) and recipient of an ASH Scholar Award (2006). 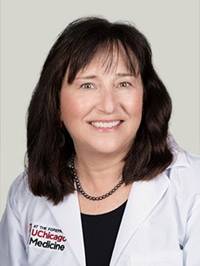 Her research interests include translational and clinical studies for patients with acute lymphoblastic leukemia (ALL) and acute myeloid leukemia (AML), with a clinical focus on adolescent and young adult ALL. An active ASH member, Dr. Stock is the incoming co-director of the ASH Clinical Research Training Institute (CRTI) and associate editor of Blood Advances, a role she’s held for more than five years.