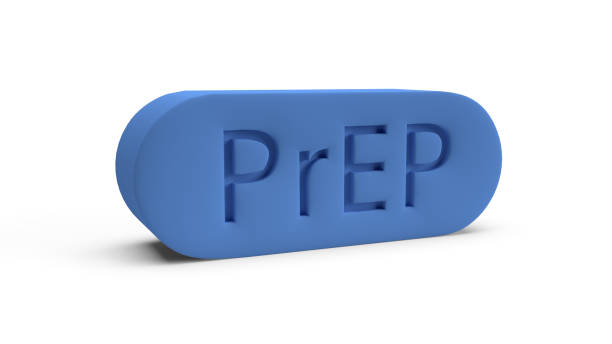 What role does PrEP play in your practice for HIV prevention?

“So the good thing is that the federal government has a new program to help end the HIV epidemic. It’s called Ready, Set, PrEP. PrEP is 99.5% effective in preventing HIV. It does not prevent every other STI. So we always say it’s PrEP plus condom because again, once you get one of the other STIs—syphilis, gonorrhea, chlamydia, all the others—it increases your risk for HIV.

It’s PrEP plus condom. One medication just for men got approved. The other medication is for men and women. It’s very effective. The challenge that I’m seeing is, ‘that’s for them. This medication? Yeah, no, not me. It’s for them.’ So people have this notion that they’re not the one that’s at risk. And that may be partially because of how this medicine was marketed initially. It was predominantly marketed to the LGBTQ community, which from an evidence-based perspective may be correct.

So, that conversation is not getting to the appropriate communities. And so, I have a real conversation with my patients who are Black women and Black men. So part of the challenge is getting people to ask, ‘what is my prevention strategy?’

So I ask my patients, ‘what’s your prevention strategy? You don’t want to take PrEP? Then what’s your plan?’ Because the ‘I don’t have a plan’ is how we are in the situation we’re in now. And if we intend on ending this epidemic, it will require us to make some hard choices.

So some PrEP clinics have been just really aggressive in writing prescriptions. And I think that’s cool, but it’s just a feel-good thing because the script being written doesn’t necessarily mean anything beyond the signature. Right?

So that script is sitting at the pharmacy, and it’s going to stay right there. If you haven’t made a connection with the patient, helped it make sense to them, engaged in shared decision making where they put it together that, ‘this is a smart thing for me to do,’ then you just wrote a script. Congratulations, but it’s not going to help us end this epidemic. It’s not going to keep people on PrEP that are at the highest risk.

So, that being said, we have to go where the patients are and treat whoever’s at risk. Go to the bathhouses, go to the grind clubs—where people who have multiple sexual partners and are at high risk for HIV frequent—and we have to go there and be respectful of the community, and say, ‘hey, we’re concerned. We want to be here to take care of you. Do you have any questions that we can help you out with? And, oh, by the way, do you want to be tested for HIV? Because in order for you to get the PrEP medication, you have to be HIV negative.’

So, part of the issue, particularly in these high-risk populations, is we put somebody on a full HIV regimen until we can ensure that they are negative. If they’ve had sex within that window period, where the tests may not necessarily pick it up for another three weeks, I have to put them on HIV medication for treatment, assuming that they might be positive up until I can test them again, see that I have two negative tests, and then put them on the PrEP medicine.

The medicines are effective. Period. If there’s anything I can leave providers with, it’s that the medicines are working. The challenge is how we’re going to relate to communities to keep them engaged in taking this medication.”