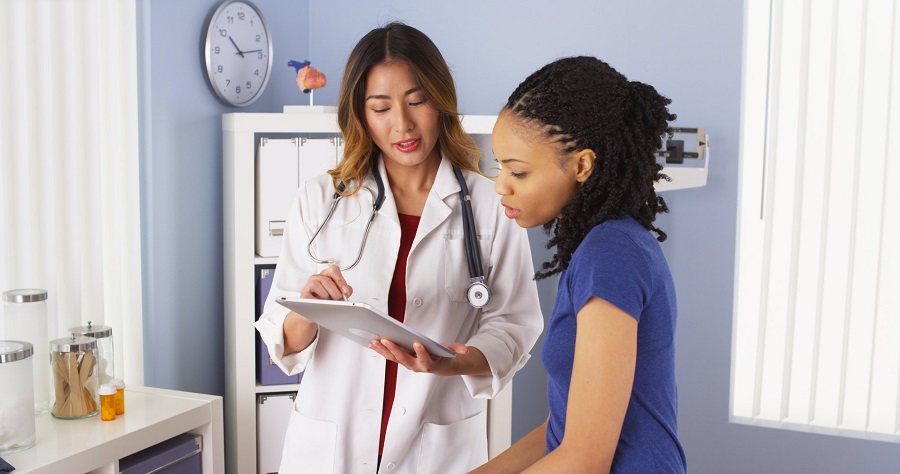 Multiple sclerosis (MS) is an immune-mediated progressive disease that results in chronic inflammation and demyelination of the central nervous system. It leads to physical and cognitive disability, with symptoms including fatigue, gait and visual disturbances, bowl and bladder dysfunction, cognitive dysfunction and mental health symptoms. The exact cause of MS is unknown but is thought to be some combination of genetic and environmental factors.  There is no cure for this progressive disease, so the goal of treatment is to help patients manage symptoms and slow disease progression.

While research explores new ways to treat the symptoms and progression of MS, not all patients are benefitting from these breakthroughs equally. Studies suggest that African Americans respond differently to some treatments, as compared to white patients. Medications used in the treatment of MS have been found less effective in African American patients.  [Avasarala 2019; Cree 2005; Klineova 2012]

One reason for differences in treatment responses may be tied to the lack of African American representation in MS studies and clinical trials. A 2015 study found that out of nearly 60,000 published articles about MS, only 113, or about 0.2 percent, focus on African Americans. [Kahn 2015] This lack of inclusivity also extends to clinical trials. It has been reported that African American enrollment numbers in clinical trials dropped from 7.7% in 2002 to 2% in 2013. [Avasarala 2014] Low recruitment in research trials make it difficult to generalize results to populations with different disease characteristics. Cultural influences, such as religious beliefs and societal distrust, have also been identified as possible barriers to recruiting minorities into clinical trials.

You May Also Like::  Multiple Sclerosis Prevalence Varies by Race and Ethnicity

Lack of access to healthcare has also been found among patients with MS and can be tied to both differences in disease course and to access to newer pharmaceutical options. African Americans have been found to have increased odds of severe disability, having the lowest income and education levels, and were found to be less likely to have private insurance as compared to Caucasians. [Marrie 2006] African Americans with MS have also been found to be less likely to receive rehabilitative care during the course of their disease, to receive care at an MS clinic or to see a neurologist than white patients. Seeing a neurologist is a key indicator of disease progression, as those MS patients who were able to see a neurologist were less likely to be disabled, have relapses and were more likely to receive disease modifying treatments and to see other specialists than patients who did not receive care from a neurologist. [Minden 2008]

There is a growing body of research that points to differences in disease activity and phenotypes in African Americans with MS. Given the low levels of minority patients in clinical trials for MS drugs, the results from these trials impact the ability to generalize the results to African American patients. Cultural and societal barriers need to be identified and overcome to provide the most effective care to minority populations with MS.

Avasarala J. Inadequacy of clinical trial designs and data to control for the confounding impact of race/ethnicity in response to treatment in multiple sclerosis. JAMA Neurol. 2014; 71(8): 943–944.