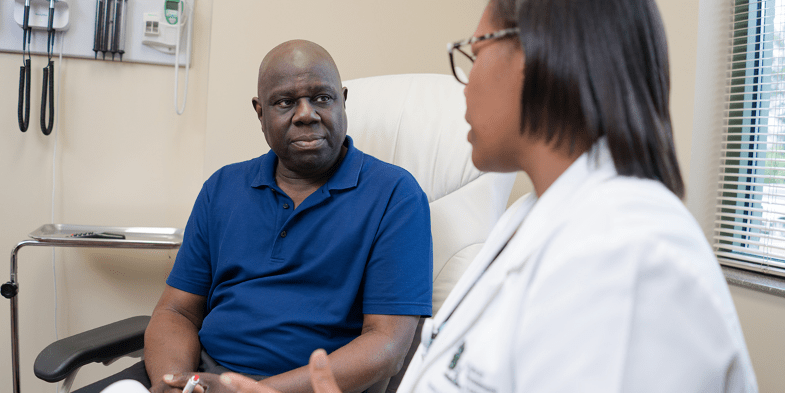 Racial segregation may help explain why Black Americans with lung cancer do more poorly than their white counterparts, a new study suggests.

For years, U.S. studies have documented racial disparities in lung cancer. Black Americans are less likely to receive surgery for early-stage lung cancer — the standard of care — and they typically die sooner.

The reasons, however, are not fully clear.

Researchers said the new study implicates residential segregation — a manifestation of structural racism — in the disparities.

And among those with early-stage lung cancer, Black patients in highly segregated areas were 47% less likely to receive surgery.

In the past, racial disparities in health outcomes were often attributed to genetics, according to Dr. Michael Poulson, a resident physician at Boston Medical Center who worked on the study.

“But we all know race is a social construct,” Poulson said.

And the health effects are still being felt, the study suggests.

“This is extremely hard to change at the health care level,” she said.

You May Also Like::  Care No Better for Minority Cancer Patients With Medicaid Expansion

Instead, Annesi said, it will take broad efforts — including investments in highly segregated communities and “reparative actions” — to address the nation’s long history of racial discrimination.

Annesi presented the findings at the annual meeting of the Society of Thoracic Surgeons (STS), held online Jan. 29-31. Studies reported at meetings are generally considered preliminary until they are published in a peer-reviewed journal.

Dr. David Tom Cooke is chairman of STS’s Workforce on Diversity and Inclusion. He called the study “novel,” in looking at the issue from the standpoint of residential segregation.

Disparities in lung cancer care and survival are well-established, said Cooke, who is also head of general thoracic surgery at the University of California Davis Health.

In addition, he said, Black Americans are less likely to be screened for lung cancer — which can help catch the disease earlier, when it can still be treated with surgery.

“That’s sad, because currently only about 4% of eligible Americans are being screened,” Cooke said.

Even that, Annesi noted, puts Black Americans at a disadvantage, because they tend to develop lung cancer at a younger age than white people. (Recent “draft” recommendations from the U.S. Preventive Services Task Force would lower the starting age for screening to age 50.)

Cooke said there are various possible reasons why people in highly segregated areas would be diagnosed later or fail to receive surgery — through poverty, lack of health insurance, or having no comprehensive cancer center within a reasonable distance, for instance.

The findings are based on data from a federal cancer-tracking system. More than 193,000 white patients and 35,000 Black patients with non-small cell lung cancer (the most common form of the disease) were included.

In line with past research, the study found that Black lung cancer patients had poorer survival than whites. But segregation, again, factored in.

The median survival for Black patients in more segregated areas was 10 months, compared to 12 months for those in less segregated counties. “Median” means that half of patients survived longer, and half died sooner.

In another finding, white patients living in the most segregated counties also faced a higher risk of late-stage diagnosis and lower likelihood of having surgery — though Black patients were more affected.

It’s not clear why, but Poulson said the measure used in the study does not say whether a segregated area was predominantly white or Black. Those white patients in segregated places might have lived in marginalized communities facing issues of poverty and lack of health care facilities.

While hospitals and doctors cannot fix residential segregation, Cooke said they can ensure they are practicing “evidence-based” medicine to minimize disparities in care.

People diagnosed with cancer, he said, should feel empowered to ask questions like, “What do the guidelines say about the care I should receive for my cancer?”