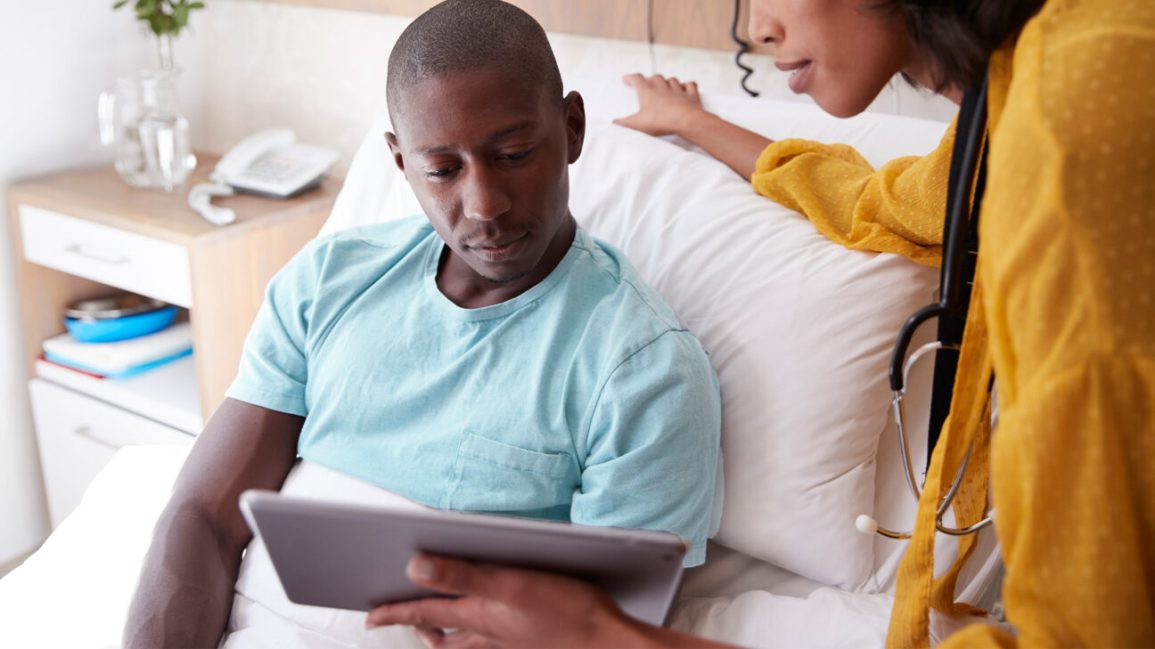 It’s been more than six months since Brandy Compton last landed in a hospital emergency room.

That’s an amazing medical achievement, brought about by scientific breakthroughs that have been unfortunately overshadowed by the coronavirus pandemic, experts say.

The disease causes episodes of pain so bad that in the past, Compton had to be hospitalized frequently for full blood transfusions.

But last year Compton started on a once-monthly IV drug called Adakveo (crizanlizumab), one of a handful of new sickle cell drugs approved by the U.S. Food and Drug Administration just before the pandemic hit.

The drug has cut in half the amount of blood Compton requires during a transfusion, and has prevented the sort of pain crisis that would send her to an ER, she said.

As the pandemic subsides, sickle cell disease experts are now trying to spread the word about these handful of treatments that could improve and potentially extend the lives of patients.

“In the last three years or so, three new medicines got approved by the FDA with different ways of working that could actually be used together and give more preventive, disease-modifying types of approaches rather than just waiting for the bad complications to occur,” said Dr. Lewis Hsu, chief medical officer of the Sickle Cell Disease Association of America.

Sickle cell disease affects the shape of a person’s red blood cells, which are normally disc-shaped and flexible enough to move easily through blood vessels.

The red blood cells of a person with sickle cell are crescent-shaped, resembling a sickle. The cells are stiff and sticky, and cause pain episodes and other health problems when they clump together in different parts of the body. They also are less capable of carrying oxygen to a person’s tissues, causing chronic fatigue.

You May Also Like::  Dr. Ahmar Zaidi: Sickle Cell Disease Awareness and Funding

“Sickle cell feels like jagged rocks shredding the inside of your veins, and your bones being crushed,” Compton says.

For a long time, there was no treatment at all for sickle cell, Hsu said, outside of regular blood transfusions.

“At the age of 13, I started getting blood transfusions,” Compton recalls. “After that, it started getting under control. I would be able to go about a month without having to be hospitalized. That time got longer as I got older.”

In 1998, the FDA approved hydroxyurea, an oral medicine that can reduce or prevent sickle cell complications in people with specific subtypes of the disease. But following that, there was a “long gap” in new treatments, Hsu said.

That ended in 2017 with the approval of L-glutamine powder, sold under the brand name Endari. Patients sprinkle a packet of this purified amino acid powder on their food or drink twice a day, Hsu said.

“Particularly, it help the red cells be healthier and have better energy stores,” Hsu said.

But the two real breakthroughs occurred in November 2019, on the cusp of the pandemic, with FDA approval of two new drugs — Adaveko and Oxbryta (voxelotor).

“It helps to improve blood flow by having the cells move along better, gliding instead of sticking to each other,” Hsu said.

Showing promise at a high price

Thanks to Adaveko, Compton now only needs four units of blood every four weeks, down from seven, and does not suffer frequent pain episodes.

The other drug, Oxbryta, improves the ability of deformed red blood cells to hold onto oxygen, Nelson said.

You May Also Like::  Excess Body Weight Tied to Higher Health Costs Across BMI Levels

Because these drugs act in different ways, the hope is that a sickle cell patient taking two or more would receive added benefits, Hsu said.

Unfortunately, the new drugs are expensive and insurance companies have balked at paying for them, Hsu said.

For example, Adakveo costs about $10,000 a month for a patient, Nelson said. It seems like a great expense, but is likely cheaper than regular ER visits.

Despite this, insurance companies have dragged their feet accepting the new drugs.

“We have great, great difficulty prescribing them and getting them authorized,” Hsu said. “It’s a case-by-case issue for every single prescription. It takes two months or so to get the authorizations, and then we go for refills or another prescription and they have to go through the same process again.”

Experts hope that the track record of these drugs will lead insurance companies to relent.

“The data is clear there is benefit to patients being on disease-modifying therapies,” said Dr. Alexis Thompson, head of hematology for the Ann & Robert Lurie Children’s Hospital in Chicago. “The natural history of sickle cell disease is devastating. To not think about where the opportunities are to intervene early, to modify the natural history of the disease and really reduce suffering, is something we all need to be committed to.”

Great progress also has been made in cures for sickle cell, Hsu added.

For a long time, the only potential cure was a full bone marrow transplant from a genetically matched donor, usually a sibling, Hsu said. Only children could handle the stress of this cure, because their existing bone marrow had to be killed off through chemotherapy prior to the transplant.

But improved medications that inhibit immune system rejection now have made transplants also available to children who have a half-matched relative. These drugs selectively inhibit immune attack cells without harming the healthy stem cells being transplanted, Hsu said.

Over the past decade, even adult sickle cell patients have been receiving transplants, through a method that replaces most but not all of the person’s bone marrow.

“This is a mixture that’s enough to allow the donor to supply most of the red cells that are floating around, so they’re not sickle red cells, and the tiny portion of host red cells are diluted heavily,” Hsu said. “This has found to be successful and stable.”

Five to seven research groups also are working on what could be the ultimate cure for sickle cell, a gene therapy that would take the person’s own bone marrow and fix it to remove the genetic anomaly that causes the disease.

“You’d no longer have to find a donor for the stem cells,” Hsu said. “You basically do your own donation of stem cells.”

Research efforts are focused on fixing the stem cells by treating them with a genetically modified virus, or by using newly discovered methods of gene editing, Hsu said. In both cases, the person’s bone marrow is removed, treated in a lab, and then put back inside them.

These efforts have met with some hurdles, with the gene therapy causing leukemia in something like 2 of every 47 cases in some instances, Hsu said.

“We do need to keep working on ways to limit the side effects or toxicity of those approaches, but one cannot argue that the early data is quite remarkable,” Thompson said.

Compton, now the mother of a healthy 9-year-old boy, is hopeful that these efforts will lead to a cure, even though she doesn’t expect to benefit from one at her age.

“I know about gene therapy and things like that,” Compton said. “I do hope there would be a cure available.”

The Mayo Clinic has more about sickle cell disease.