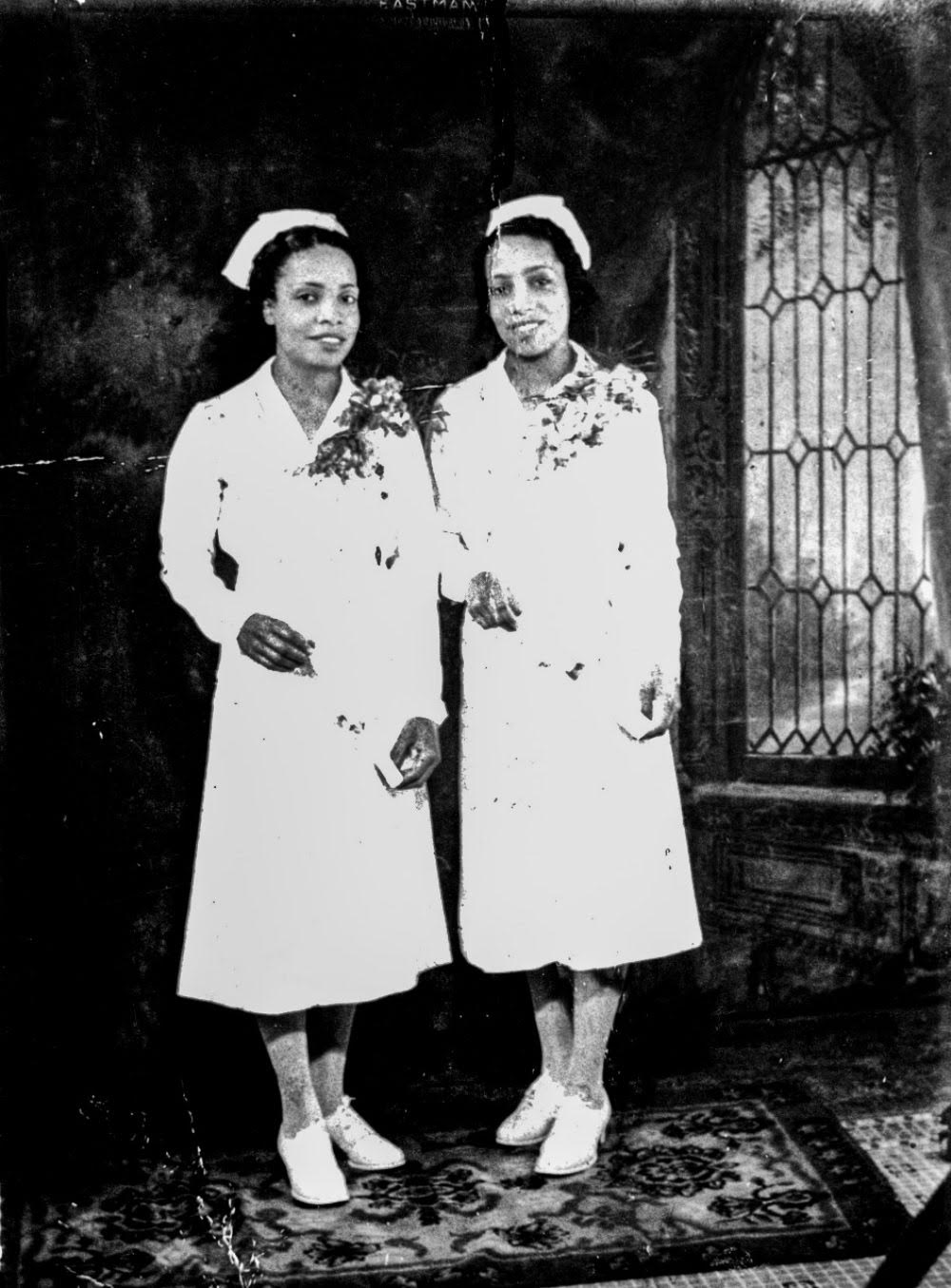 It was on an unseasonably warm February day in Memphis, nearly 60 years ago, that Odell Thompson stood with his sisters and about 9,000 others to watch history happen — the entertainer and humanitarian Danny Thomas officially opening St. Jude Children’s Research Hospital.

Now a loyal St. Jude supporter, Odell recalls with pride how his mother, Maurice Walton Tate, was among the first nurses to walk into St. Jude with Danny Thomas on that opening day.

“My mother had been working as a nurse for almost 20 years when St. Jude opened,” Odell said. “But she knew what an impact it would have in our community. She had to be there.”

As the first fully integrated children’s hospital in the South, St. Jude blazed a trail in the treatment and research of sickle cell disease, the most common inherited blood disorder in the United States. Sickle cell disease can occur in all races, but it is more prominent in people of African, Latin, and South American descent. It occurs in about 1 in 365 African American babies born in the U.S.

The disease can affect the shape of a person’s red blood cells, preventing normal blood flow and leading to painful and possibly life-threatening complications.

Mrs. Tate, as most people knew his mother, was among those in healthcare working to mitigate excruciating pain crises and compounding health complications of sickle cell disease — and to find ways to save more lives.

Odell and his sisters, Anne and Khaleellh, recall their mother often describing how she was the only Black nurse on that opening day.

That professional dedication was also driven by personal conviction — her oldest daughter, Anita, had been born with sickle cell disease. Odell, the family historian, still has his older sister’s death certificate. It is dated December 22, 1951, just four days shy of her 10th birthday and a decade before St. Jude would open.

Cause of death: cerebral thrombosis due to sickle cell disease.

“A blood clot in the brain,” said Odell.

Whether serving as a founding member of the Registered Nurses Club, as President of the PTA or organizing for her many other civic engagements, “she was a true pioneer,” said Khaleellh. “She was always ‘The First,’ the first female or the first African American.”

Mrs. Tate and her twin sister Bernice Freeman were early graduates of the Collins Chapel Nursing School, which was connected to one of the few Memphis hospitals to treat African Americans during segregation. They would go on to serve in just about every hospital in the city, the family said.

Mrs. Tate’s work and interest in sickle cell disease connected her with Dr. Lemuel Diggs, a national leader in researching the inherited blood disorder, who was instrumental in helping Danny Thomas make St. Jude a reality. A 1966 Jet magazine article quoting Dr. Diggs shows Mrs. Tate in a sickle cell disease unit at the University of Tennessee medical school in Memphis, where he served as director.

Along with her clinical efforts, Mrs. Tate undertook extensive fieldwork in the local African American community, doing house visits to administer medication, drawing blood to take back to the lab, dressing ulcers that sometimes form as a result of the disease.

“Mama was who they would call in the night when someone was having a pain crisis,” her daughter Khaleellh recalled. “They would call Mrs. Tate.”

The siblings remember one patient, a woman named Gloria, who did not have any means of transportation from her small Mississippi town over 100 miles from Memphis. Mrs. Tate would drive to Mississippi, bring Gloria back to Memphis, and then welcome her to stay at their house.

When Odell logged into a virtual seminar St. Jude hosted last year on sickle cell disease, it felt like he was coming home.

Now 71 and a retired law enforcement officer living in Biloxi, Mississippi, Odell was able to appreciate his mother’s legacy as Yvonne Carroll, St. Jude Director of Hematology Patient Services, highlighted the impact of the hospital’s work.

“St. Jude has been a part of every single innovation for sickle cell disease,” Carroll said.

Among those innovations: The first use of penicillin for sickle cell disease, the first preventive ultrasound screening for strokes, and the first successful bone marrow transplant as a cure for some patients.

More recently, the program at St. Jude has also developed many support programs for patients and their families. The STARR (Success Through Academic Resources and Research) Program helps connect medical and school communities with academic coordinators who ensure students with sickle cell disease have the resources they need for their academic progress. St. Jude also founded the Sickle Cell Disease Transition Clinic to help 18-year-old sickle cell patients transfer from pediatric to adult care.

“One of the things that St. Jude does, which doesn’t get talked about a lot,” Carroll said, “is how this work gives families dignity, how it gives them hope.”

As fondly as they recall that historic day of the hospital’s opening, Odell and his family cherish even more the role Mrs. Tate played in helping establish the personalized care that is a hallmark at St. Jude.

According to her children, Mrs. Tate exemplified both the compassion and strength required to have such a lasting impact, and they hope her story will inspire nurses everywhere to be leaders in their community.

Following his mother’s example, Odell felt compelled to excel — he was among the first African American Eagle Scouts in Memphis. He went on to serve in the Marines during Vietnam as a Washington, D.C. police officer, and, as an Illinois State Trooper, he obtained the rank of Master Sergeant.

“My mother would challenge you,” Odell said. “She’d say there’s nothing you can’t do. You just have to stay focused on what it is you’re trying to accomplish, and you can get there.”

Through his fraternity, Sigma Pi Phi Fraternity, Odell has made significant contributions to the sickle cell department at St. Jude. He is constantly looking for ways to help raise awareness of sickle cell disease and push advancements even further.

“A lot of people still aren’t aware of the disease,” Odell said. “Whether they have the trait or not. We have to start thinking way down the road, what that means for the future.”

“In a way, it’s helping to continue my mother’s work,” Odell said. “St. Jude has the history and the know-how to be a powerful advocate, just like my mother.”