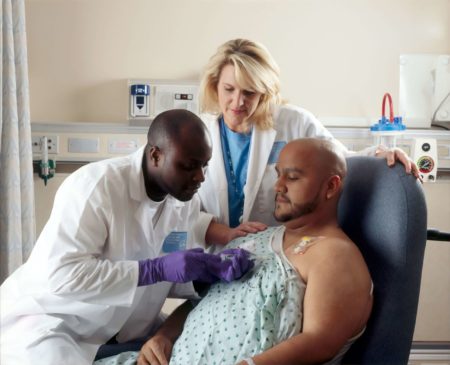 Brain tumors are the highest cause of cancer-related death in children, and are one of the deadliest cancer types in adults. However, not all who face this devastating disease will have an equal outcome. Sex, race, and socioeconomic status (SES) are all found to impact both incidence and outcomes of numerous forms of brain cancer.

In children these factors have been outlined the most clearly. According to a recent 2020 study, Black and Hispanic children faced significantly lower survival rates compared to their white counterparts. Similarly, children of lower SES faced lower survival rates compared to those of high SES. This disparity was largely accounted for due to the latter SES factor, where those with lower income had less access to high quality care. However, other studies examining survival rates based on race have found even more factors to be at play. One study observing brain tumor surgery outcomes found that Black patients faced significantly higher 30-day complication rates, longer lengths of stay, and greater accruement of healthcare-related charges as compared to white counterparts. The context for these disparities were hypothesized to be more systemic in nature—Black patients were more likely to be admitted to high-volume centers, have worse health care coverage, fewer support groups, and harbor general distrust of the health system founded on a history of marginalization, leading to a fear of its utilization.

According to a 2019 study, physicians are less likely to take medical risks with minority children—in other words, if a white child and a Hispanic child require the same surgery, the physician would be more likely to operate on the white child. Additional factors of private vs. public insurance (ex. Medicaid, Medicare, CHIP), financial resources, lack of transportation, time resources, and poor housing are also at play.

You May Also Like::  Diabetes Disparities and Native American Service Members

Adults who have often been documented to face the worst survival outcomes are non-Hispanic white men of higher socioeconomic status (SES). However, it is hypothesized that this might be in part due to ascertainment bias, or the fact those belonging to disadvantaged groups are less likely to have access to initial diagnosis by a provider. Elderly white men in metropolitan regions are more likely to have access to scans and checkups, while minority groups may never receive a diagnosis.

It is clear that biological factors play a role in the health disparity between men and women. Both primary and secondary metastases are more prevalent among men, regardless of tumor type, age, race, or geographic location. These findings perhaps imply the need for more rigorous screenings for men, and minority men in particular.