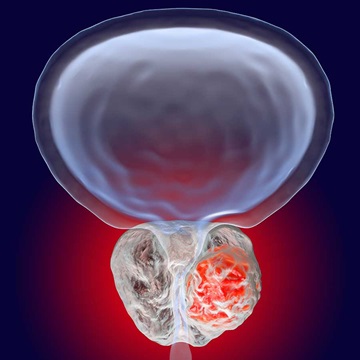 Black men are nearly 2.5 times more likely to be diagnosed with and die of prostate cancer compared to non-Hispanic white men.  A new study aims to debunk the long-held belief that this is due to genetic factors. JAMA Oncology’s research team led by the U-M Rogel Cancer Center analyzed data from more than 300,000 prostate cancer patients to gain a better understanding of diagnosis outcomes and what factors might be driving them.

In addition to the diagnosis for prostate cancer, African-American men were more likely to have cardiovascular disease and obesity, which can significantly shorten their lifetimes.

“They generally get fewer PSA screenings, are more likely to be diagnosed with late-stage cancer, are less likely to have health insurance, have less access to high-quality care and other disparities that can be linked to a lower overall socioeconomic status.”

According to a news release, lead researcher Daniel Spratt, M.D., co-Chair of Genitourinary Clinical Research at U-M said “the data show that black men don’t appear to intrinsically and biologically harbor more aggressive disease. They generally get fewer PSA screenings, are more likely to be diagnosed with late-stage cancer, are less likely to have health insurance, have less access to high-quality care and other disparities that can be linked to a lower overall socioeconomic status.”

Spratt went on to explain that, “while our job is to treat cancer, we know that these other factors are in play, so as doctors we need to make sure we focus on the health of the entire patient and, as a society, on addressing racial inequities.”

You May Also Like::  Insulin Resistance May Add to Racial Disparity in Breast Cancer Prognosis

The team assessed data from a large, population-based cohort from the National Cancer Institute, as well as the Veteran’s Affairs health system.

The decision to using patients from the VA was a strategic one as it allowed the researcher to look at a group with some of the same characteristics and equal access to healthcare, the authors note. Additionally, the comparison is improved because patients are given specified treatment regimens and have regular follow-ups, often for more than a decade.

Looking across all of these datasets paints a clearer picture regarding what EXACTLY is the reason behind the disproportionate diagnoses of prostate cancer in black men compared to other ethnic peers.

The study revealed that black men indeed did not have an increased risk of dying from prostate cancer compared to white men with a similar stage of the disease. On a broader level, the disparities in death rates appear to be mostly environmental.

But, even when variables are changed, it was clear across the three datasets that black men die more often from other causes like heart disease compared to white men. Therefore, the greatest disparity to black men with prostate cancer is access to quality healthcare and other liberties that a higher socio-economic status affords.