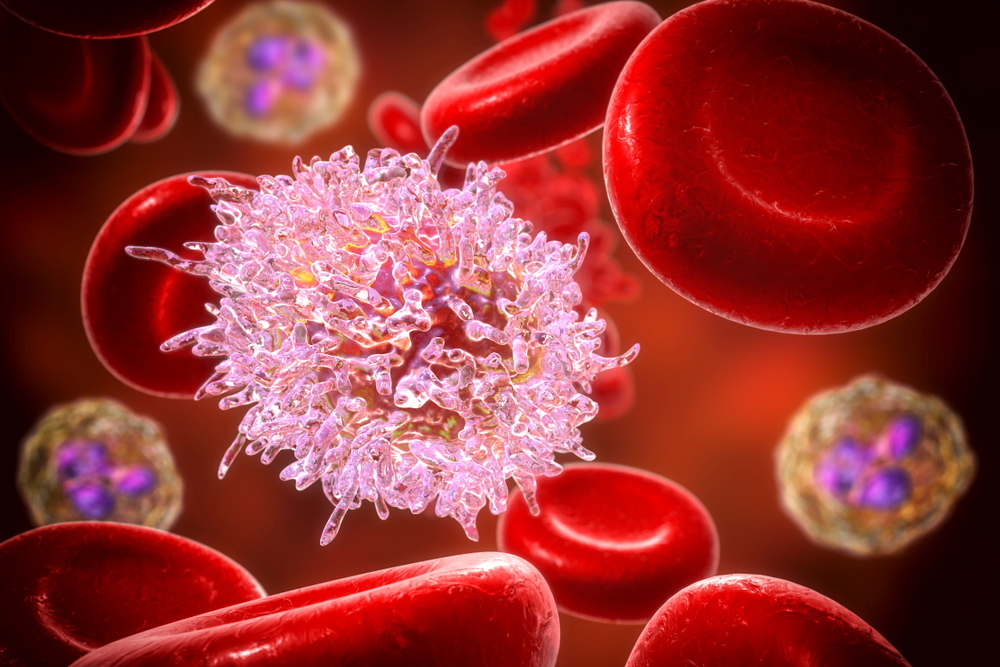 Relapsed and refractory (R/R) pediatric B cell acute lymphoblastic leukemia (B-ALL) patients often do not fare well. Immunotherapies that involve targeting of chimeric antigen receptor (CAR)-T cells have shown promise. Some have shown complete response rates as high as 90%, although those remissions may be short-lived in some patients.

In CAR-T cell therapy, T cells are harvested from either the patient or a donor and purified. The cells are then tagged with a chimeric antigen receptor that is specific to the tumor being treated. The receptor recognizes the tumor cell and activates the T cell which then destroys the tumor cell.1 The success or failure of CAR-T cell therapy depends on identifying an antigen on the tumor cell that is unique to the tumor and not found on normal tissues. Studies have shown much greater success with liquid than solid tumors. A predictable side effect of such therapy is the cytokine release syndrome, sometimes used as an indicator that the T cells have been appropriately modified.

The success or failure of CAR-T cell immunotherapy is influenced by multiple other factors. The type of receptor and the presence of a high B cell count are two examples of variables that impact on the effectiveness of CAR-T cell therapy. A recent study by Finney et al2 examined the survival of patients treated with CAR-T cell therapy. In the final analysis, T cells that were harvested from patients who had an early treatment failure had abnormalities of their cellular markers and cytokine profiles. But when the treatment worked, it worked very well: patients who had no evidence of minimal residual disease had durable remissions. As a result of their study, the patients at higher risk of treatment failure or relapse might be able to be identified early, or even before CAR-T cell treatment, allowing for changes in management strategy.

You May Also Like::  FDA Approves Trodelvy for Triple Negative Breast Cancer

The authors stated that, based on their analysis of data, CAR-T cell immunotherapy used in B-cell non-Hodgkin lymphoma as well in acute and chronic leukemias, particularly in those previously treated, has the ability to induce remissions. In fact, relapsed B cell acute lymphocytic leukemia, historically a highly lethal disease in children, appears to be susceptible to treatment using this method. By applying the methods that the authors developed, they were able to achieve minimal disease-negative remissions in 93% of dosed patients. Unfortunately, the duration of remission tended to be short (less than one year). The patients who recur are more likely to require further toxic consolidative treatments, while the others were able to avoid such treatments. Ideally, patients who will respond can be predictably identified by a thorough evaluation of their T and B cell populations and cytokine profiles as well as the patient’s unique tumor burden.

Immunotherapy has brought about a new day in the treatment of leukemia and lymphoma in children and adults. While the cited article is highly technical, it helps sort out some of the variables that predict remission and disease-free survival.