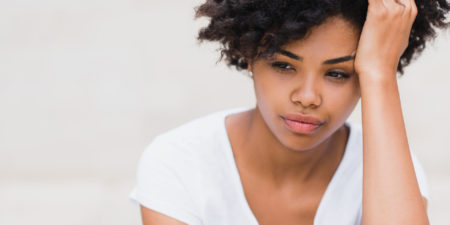 Uterine leiomyomata (UL) are commonly known as fibroids and are the most common pelvic tumor in women. They are benign, smooth muscle tumors that arise from one muscle cell and thus the tumor is multiple clones of one cell. By 50 years of age, 70% of white women and 80% of black women have had at least one fibroid.

Fifteen to 30% of women develop severe symptoms, such as abdominal pain, abnormal menstrual bleeding, urinary incontinence, and fertility impairment. Uterine fibroids are the primary reason for a hysterectomy in the United States. In addition, they contribute to a decreased quality of life for many women.

The aim of this case series of 75 self-reported black women with UL (who underwent surgery) is to present clinical, pathologic, cytogenetic, and select molecular profiles (MED12 mutation analysis.

There is evidence of racial differences for fibroid development on a molecular level, a discovery that may help guide treatment. In 2013, Moorman et al. in their analysis of 225 black and 135 white women yielded similar results to our study except that our study found a greater mean number of fibroids per patient (18.2 versus 9.9) as well as a greater uterine weight (591.9 g versus 477).