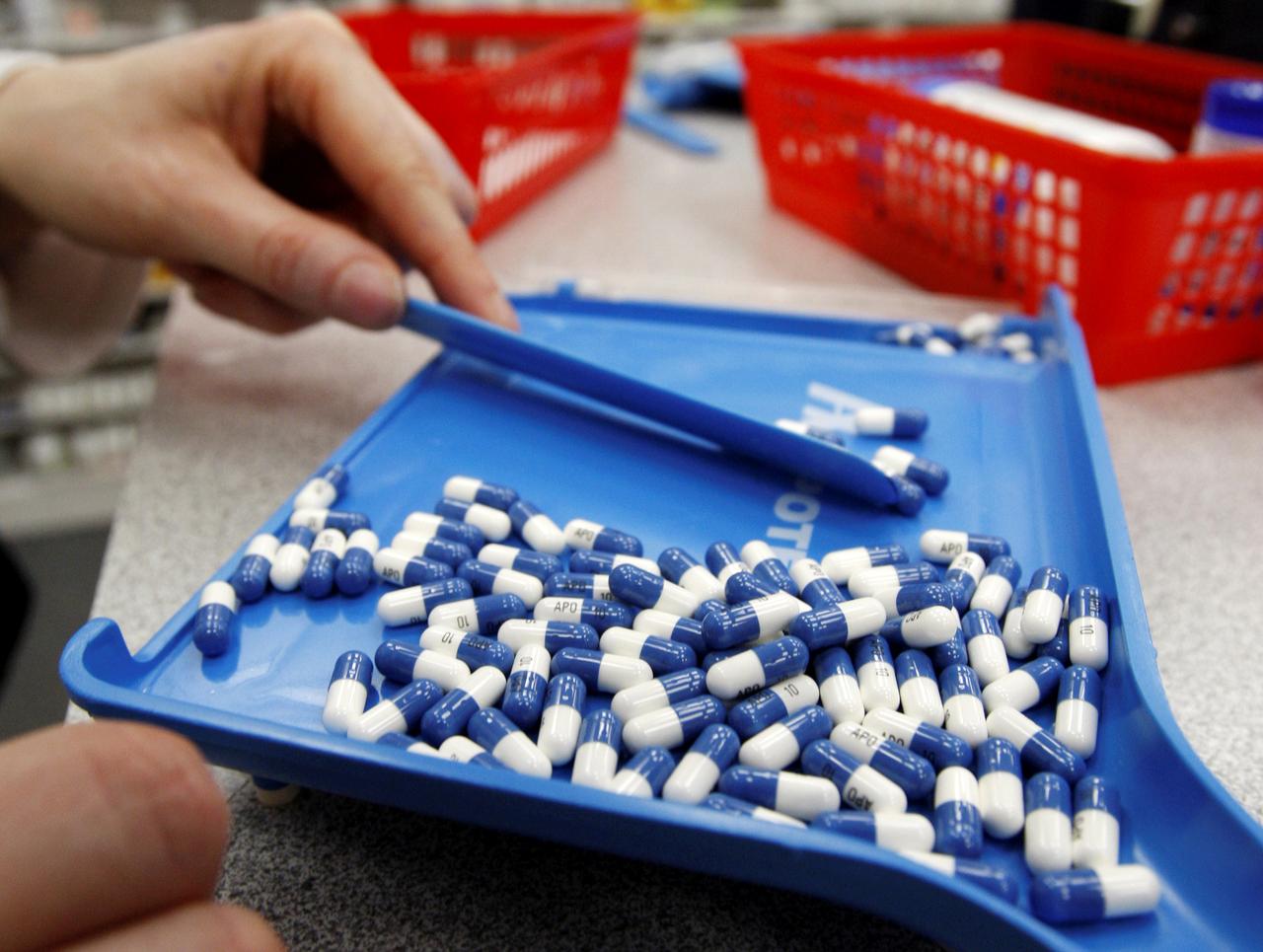 Exclusive: Canada Told Drugmakers It Would Limit Scope Of Some New Price Rules

TORONTO (Reuters) – The Canadian government has assured the pharmaceutical industry that new features of its plan to cut drug costs would apply only to new medicines, Health Canada said, offering some relief to drugmakers even as other regulations could still lower prices of medicines already on the market.

FILE PHOTO: A pharmacist counts pills in a pharmacy in Toronto in this January 31, 2008 file photo. REUTERS/Mark Blinch

Drugmakers have argued that new regulations should only apply to newly approved drugs. The Health Canada clarification comes after draft rules published in 2017 sowed confusion over how the government would implement its plan.

The new features of the government’s proposed regulations, which would take into account cost-effectiveness of medicines and their likely impact on government budgets, would be limited to new drugs, Health Canada told Innovative Medicines Canada (IMC) and BIOTECanada, the patented drug industry’s main lobby groups, in a letter dated April 8, 2019.

It added that other parts of the same draft regulation, changing the list of countries Canadian officials use as a basis for comparison when setting maximum prices, would apply to all drugs.

Health Canada described the contents of the letter in response to questions, but Reuters has not seen the letter.

Canada, like governments around the world, is grappling with the rising cost of drugs, particularly expensive new specialty medicines for cancer and rare diseases. A new national prescription drug program is one of Prime Minister Justin Trudeau’s key promises ahead of an October federal election, making tackling prices a priority.

“The overall intent of the regulatory proposal is prospective application to new drugs,” Health Canada said in a statement. “There is some scope for this information to affect the prices of drugs already in the marketplace,” it added.

The department acknowledged that as originally written, the draft regulation would have involved all prescription drugs, new and old, but said that is not its intention.

Global drugmakers have campaigned against the Canadian plan, which would change the way a little-known federal agency called the Patented Medicine Prices Review Board decides whether high drug prices are legal. Canada’s patented drug prices are among the highest in the world.

The regulations, originally expected to go into effect in January, were delayed so the government could spend more time reviewing comments. The plan could still be softened or even scrapped. But earlier this month, Minister of Health Ginette Petitpas Taylor said final regulations would be ready soon.

IMC, whose members include Merck & Co, Johnson & Johnson, Pfizer Inc and others, was not satisfied by assurances in the letter.

“We remain concerned that changes to the group of comparator countries and other aspects of the amendments may be applied to both new and existing products,” the organization said in a statement. Applying any new rules to already marketed drugs would create “significant uncertainty” for companies whose business planning is based on existing prices, it added.

The industry has said it believes the reforms duplicate processes that already exist, and could hurt Canadians’ access to new drugs as well as spending on research and development.

“We remain committed to working with the government to find alternative solutions that balance the need for more affordable medicines with a competitive regulatory environment for health research,” IMC said.

Health Canada described the letter as “re-confirming” details it had stated publicly before. Asked where those details had been disclosed, a spokesman pointed to a cost-benefit analysis cited in the 2017 draft regulations, and an expert review of that analysis that was not made public until Reuters reported on it in February.

The original cost-benefit analysis estimated the new regulations would cost drugmakers C$8.6 billion ($6.4 billion) over 10 years. As an alternative to the proposed changes, drugmakers offered to voluntarily give up C$8.6 billion in revenue over the same period, Reuters reported in February.

Exactly how much the new rules will reduce prices depends on implementation details that have not yet been decided.

Lower prices in Canada could have a ripple effect on drugmakers’ most lucrative market – the United States – given recent proposals there to lower medical costs for U.S. consumers.

The United States is mulling basing drug prices paid under its government Medicare health program on the cost of medicines in other countries, including Canada. And some U.S. lawmakers and states are looking into allowing importation of less expensive prescription drugs from Canada.