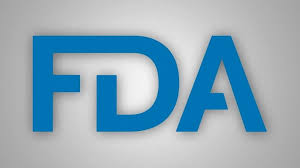 Evrysdi (risdiplam) was approved to treat patients ages 2 months and older with SMA and is the third drug approved for the disease. The drug is administered daily at home by mouth or feeding tube.

Approval was based on two clinical studies, including FIREFISH, an open-label study of 21 patients aged 6.7 months on average at study initiation. At one year, 41 percent of patients met the efficacy end point of sitting independently for more than five seconds, and at nearly two years, 81 percent of patients were alive without permanent ventilation, which the FDA notes is a “noticeable improvement from typical disease development without treatment.”

The most commonly reported side effects of Evrysdi were fever, diarrhea, rash, ulcers in the mouth area, arthralgia, and urinary tract infections. Patients with infantile-onset SMA had additional side effects of upper respiratory tract infection, pneumonia, constipation, and vomiting. The FDA warns that patients taking Evrysdi should avoid taking it with drugs that are multidrug and toxin extrusion substrates because Evrysdi may increase plasma concentrations.

Approval was granted to Genentech.

Share this article
You May Also Like::  Research Points To MS Treatment Gaps in African American Women