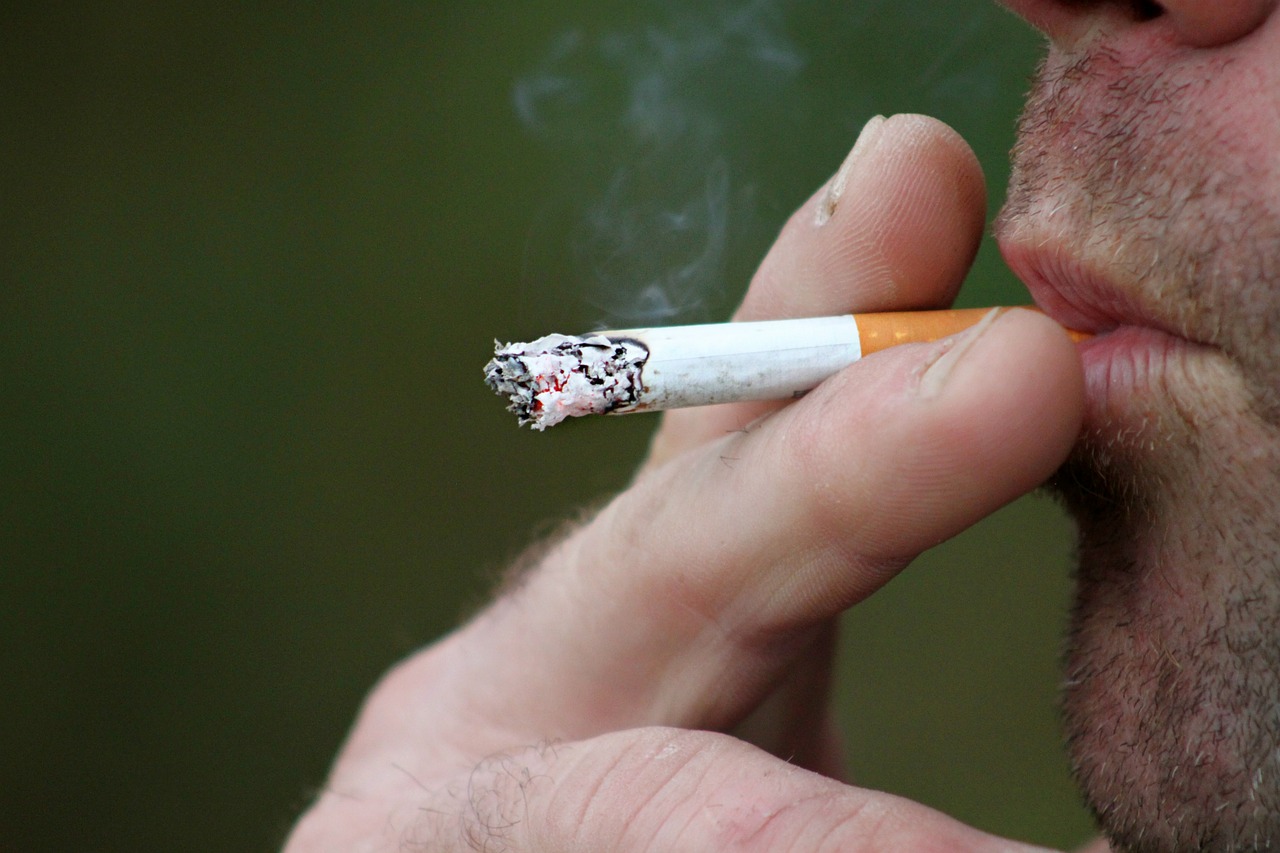 How Tobacco Can Harm The Lungs

Every organ in the human body serves an important purpose in keeping it running and in prime condition. Most healthy people are not cognizant of their organs—like lungs—on a daily basis, because they are able to breathe without difficulty and perform their daily tasks without major effort. But damage to these vital organs can cause serious disease, and sometimes death. Cigarettes can harm the tissue of the lungs, impeding their ability to function properly, and can increase the risk for conditions such as emphysema, lung cancer, and chronic obstructive pulmonary disease (COPD).

The primary function of the lungs is to deliver oxygen-rich blood to the rest of the body from the air breathed in and expel carbon dioxide as waste when exhaled.  While no tobacco product is safe, combustible products—or those the must be lit with fire to use, like cigarettes—are especially damaging to the lungs.

Smoking and Your Lungs

Cigarette smoking can cause immediate damage to health. Each puff of cigarette smoke contains a mix of over 7,000 chemicals.1  When patients breathe this in, the smoke hits their lungs very quickly, and the blood that is then carried to the rest of their body contains these toxic chemicals. Because tobacco smoke contains carbon monoxide, this deadly gas displaces the oxygen in their blood, depriving their organs of the oxygen they need.1,2

Other chemicals found in cigarette smoke include acrolein, which can cause irreversible lung damage, and even in low amounts, it can cause a sore throat in 10 minutes.3  Cigarettes may also contain bronchodilators, or chemicals that are meant to open up the airways of the lungs and could increase the number of dangerous chemicals absorbed by the lungs.4

You May Also Like::  Study Connects Rural Latino Children with Asthma Management

Cigarette smoking can have major consequences on the lungs of all ages. Babies whose mothers smoked during pregnancy may have lungs that develop abnormally,5 and teens who smoke cigarettes can develop smaller, weaker lungs that never grow to full size and never perform at their peak capacity.6 In addition, smoking can destroy the cilia—or tiny hairs in the airway that keeps dirt and mucus out of the lungs. When these cilia are destroyed, patients can develop what is known as “smoker’s cough,” a chronic cough that is often seen in long-term or daily smokers.1

Lung damage due to smoking does not end there. 8 out of 10 cases of chronic obstructive pulmonary disease (or COPD) are caused by smoking.7 People with COPD experience difficulty breathing and eventually die because of a lack of air. There is no cure for COPD. Furthermore, nearly all lung cancer—the top cause of cancer death in both men and women— is caused by smoking, and smokers are 20 times more likely to develop lung cancer than nonsmokers.8 In addition to lung cancer, smoking can lead to other respiratory cancers, such as:

Not Just Cigarettes: Other Tobacco Products and Lung Health

While cigarettes—given their high rate of use, addictive nature, and toxic mix of chemicals—are the most dangerous tobacco product, any tobacco product you inhale could cause lung damage. Cigar smoking can increase the risk of COPD, and lead to cancers of the lung, oral cavity, and larynx, among other cancers.10,11

Electronic Nicotine Delivery Systems (ENDS), like e-cigarettes, are still relatively new tobacco products and are still being evaluated for their impacts on health. But e-cigarette use—or “vaping”—may be harmful to your lungs. Some e-cigarette aerosols have been found to contain some of the same chemicals in cigarettes, including the lung irritant acrolein, and formaldehyde, which may adversely affect the throat.12,13,14,15 Flavoring chemicals are considered safe for eating but could be harmful when inhaled.  Buttery flavors like caramel, toffee, and chocolate contain the chemicals diacetyl and acetoin, which can be harmful to your lungs.16 Additionally, fruit-flavored e-cigarettes can have higher concentrations of a chemical called acrylonitrile, which is a known respiratory irritant.17

You May Also Like::  HHS Announces New Organ Transplant Guidance

How Patients Can Protect Their Lungs From Tobacco

The lungs are one of the body’s filtration systems, taking in air from the atmosphere, adding oxygen to the blood for circulation throughout the body, and expelling excess carbon dioxide. When tobacco is inhaled, it interferes with this delicate balance. The best way to ensure lung health is to never start using tobacco, but if you are an addicted smoker, the sooner you quit, the sooner your lungs can begin to heal. Quitting smoking can lower the risk of getting cancer. In fact, when you quit smoking, your risk of:

Anyone who quits smoking will experience better overall health.  Just 12 hours after quitting, the carbon monoxide level in their blood drops to normal, allowing more oxygen to circulate to their organs.2

Find information about quitting and more resources on tobacco products and their impact on health: