Cellular immunotherapy is an innovative treatment approach that harnesses the body’s own immune system to fight cancer. These novel treatments are helping to transform the landscape for many current and future cancer patients.

Preclinical studies provide the first evidence that cellular immunotherapy for B cell cancers could ultimately become an off-the-shelf product, capable of being uniformly manufactured in large quantities as prescription drugs are.

The product, named FT596, is the first of its kind and is leading the charge in the field of cellular immunotherapy to be genetically engineered to contain three active anti-tumor components.

Fate Therapeutics’ Investigational New Drug Application for FT596 was FDA-approved in September, with hopes of beginning a first-in-human phase I clinical trial for the treatment of B-cell lymphoma, NK cell deformities and chronic lymphocytic leukemia in the first quarter of 2020. 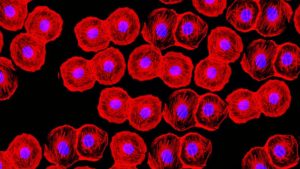 NK cells are the body’s first line of defense against disease and unlike T cells, NK cells don’t have to be trained to recognize their target their enemies. As great as they are thought, NK cells are inherently limited in their capacity to multiply and expand when infused into patients, and they have a much shorter lifespan.

According to its inventors’ claims, FT596 addresses these shortcomings. Additionally, FT596 to will be targeting the CD19 protein – which is produced by nearly all B-cell lymphomas and leukemias – they inserted two other novel proteins: CD16, which boosts and broadens the NK cells’ ability to kill cancercells, and IL15, which stimulates FT596 to proliferate and persist.

The main goal of the new drug is to eliminating the high production cost, weeks of manufacturing time, and the complex manufacturing process required for CAR T-cell therapy and replacing it with a mass-produced, off-the-shelf product promises to expand access to effective cell-based cancer immunotherapy to many more patients who may benefit from it.

Should You Participate In A Clinical Trial?