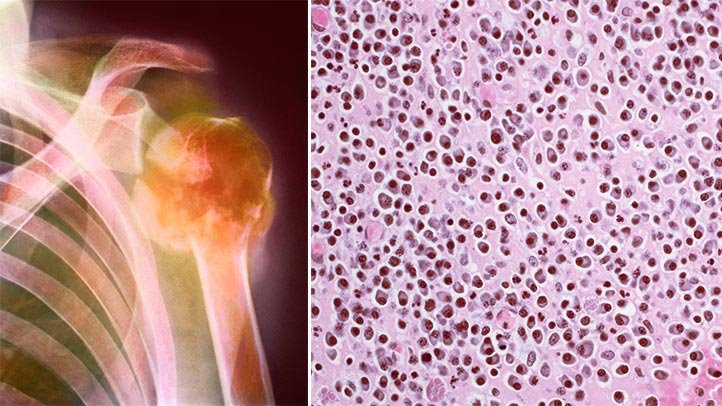 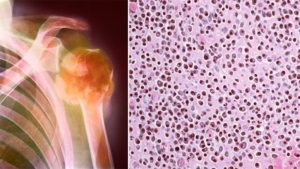 More than three out of four patients with multiple myeloma that had unsuccessful therapy have been found to remain in remission more than seven months after treatment with a CAR T-cell therapy targeting two proteins that are frequently found on myeloma cells. Those experiencing sustained remissions include nine patients with a difficult-to-treat form of multiple myeloma in which the disease has spread beyond the bone marrow.

Multiple myeloma is a cancer that forms in a type of white blood cell called a plasma cell. Plasma cells help you fight infections by making antibodies that recognize and attack germs. Multiple myeloma causes cancer cells to accumulate in the bone marrow, where they crowd out healthy blood cells.

It’s been found that one in 10 patients with multiple myeloma develops harmful tumors in the organs or soft tissues, which usually respond poorly to treatment.

Results have shown that a new CAR T-cell product can effectively achieve the elimination of extramedullary tumors. Still in its preliminary stage, findings are encouraging for patients with multiple myeloma who have not responded to other therapies.

The study treatment is the first CAR T-cell therapy to be genetically engineered to target BCMA and CD38, two proteins found on the surface of plasma cells. Since multiple myeloma is a cancer of plasma cells, which are found in the bone marrow and are part of the immune system, the body’s defense system is significantly weakened against infection.

Patients in the trial received three days of chemotherapy to “make room” in their immune systems for the engineered T cells. Then each patient was infused with the dual-targeted CAR T cells. Patients were divided into five groups, with each group receiving a higher dose than the previous one. Depending on the cell dose, patients received either one or two infusions.

According to the study, after a few months, about 18 patients (90.9%) had MRD-negative disease. Twelve patients (54.5%) had no plasma cells detected in the bone marrow. Seven patients (31.8%) had a positive response, meaning that the level of M-protein (an abnormal protein produced by cancerous plasma cells) in the blood or urine was significantly reduced but still detectable. In more than half of patients with extramedullary tumors, the lesions were undetectable on their computed tomography scans. The rest of the patients remained in remission.

This study was supported by the National Natural Science Foundation of China, the Major Technological Innovation Special Project fund of Hubei Province of China, and Cellyan Therapeutics Co., Ltd.