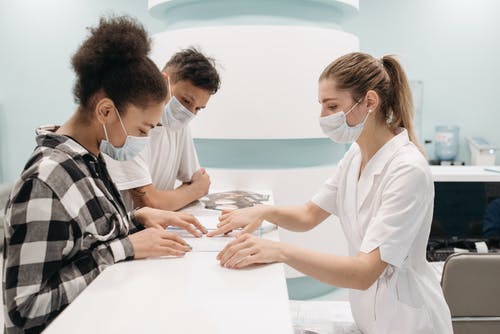 Too Many Kids Still Get Antipsychotics They Don’t Need

By Maria GainesMarch 17, 2021No Comments

Prescriptions of antipsychotic medications for young children are declining, a new study finds.

However, doctors are continuing to prescribe the drugs “off-label” for kids with conditions like attention deficit hyperactivity disorder (ADHD), anxiety, depression and conduct disorders, the research found.

The medications don’t have the safety and effectiveness data needed, nor do they have U.S. Food and Drug Administration approval for this off-label usage, according to the study.

“We lack information on the effectiveness and safety of antipsychotics for treating those conditions in young children,” said lead author Greta Bushnell, a member of the Rutgers Institute for Health, Health Care Policy and Aging Research and an assistant professor at Rutgers School of Public Health in New Brunswick, N.J.

The study looked at more than 301,000 antipsychotic prescriptions filled between 2007 and 2017 for children ages 2 to 7 who were covered by private insurance.

In recent years, pervasive developmental disorders (PDD) accounted for the most antipsychotic prescribing. PDD includes delays in development of socialization and communication skills. The medications also were most often prescribed to boys, especially between the ages of 6 and 7. Most of the children who were prescribed antipsychotics were also taking other psychotropic medications, including stimulants, antidepressants or drugs to treat ADHD, according to the study.

You May Also Like::  Reward Functioning in ADHD and Alcohol Use Disorder

“The low rate of use of safer first-line psychosocial treatments, such as parent-child interaction therapy or cognitive-behavioral therapy, potentially puts children at unnecessary risks associated with antipsychotic treatment,” Bushnell said.