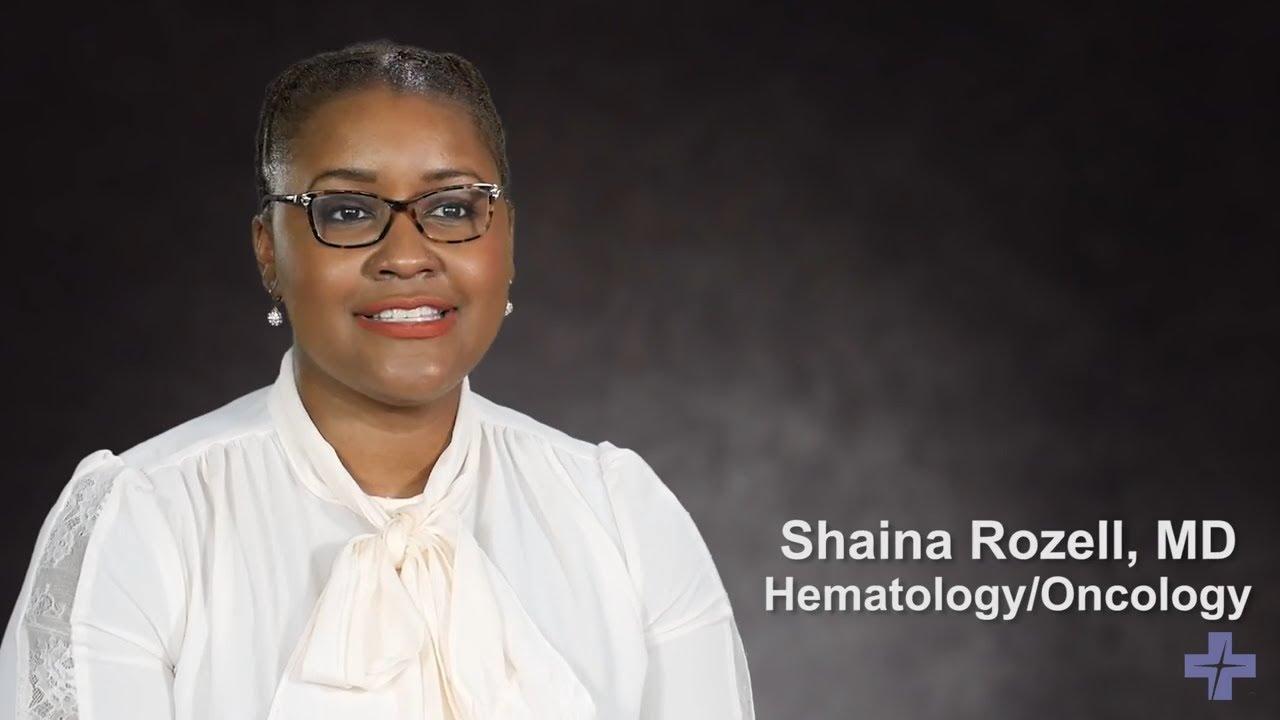 Can you speak to the disparities in lung cancer screening, diagnosis, and treatment experienced by African Americans?

“I think lung cancer screening overall is a very difficult task. We don’t have tests like colonoscopies or pap smears to diagnose lung cancer. It’s a low-dose CT scan. Number one, you have to have insurance. CT scans are not cheap. So, making sure that you can encourage these patients saying, ‘hey, if you are a smoker, if you’ve been smoking 50 plus years, you have to get a CT scan…’ It’s not going to happen.

We don’t even have patients who go to the doctor who have insurance who agree to this test. I think we are missing a lot of cancers that could be diagnosed at an earlier stage.

As far as our African American patients, many of them have been smoking for years. We’ve been smoking since we were teenagers, 13, 14 years old. In fact, the smoking incidences of African American women are higher now. So you’re having higher rates of lung cancer in women. But again, if this is our norm, this is what we do—I don’t think we’re seeking more information on lung cancer or doing these tests to help diagnose potential cancers.

And then there’s the education piece. Many people don’t think it’s cancer until they notice a problem. Right? So, it’s not until I’m coughing or I’ve developed hemoptysis or pain that I’m seeking care. Whereas lung cancer screening is more so for when you’re feeling well.

Number one, when we’re talking about these patients’ cancers being diagnosed at later stages, the option of surgery is limited to stage 1 and stage 2 lung cancer. But most of these patients present at stage 3 or stage 4, so the potential for a cure no longer exists for these patients. Because of this disparity in staging, we see a major disparity in lung cancer diagnosis and surgical treatment for lung cancer.

And therapy has changed. There’s targeted therapy. There’s immunotherapy. There are lots of different options that may not necessarily include chemotherapy. But I think as an African American provider, I have to dismantle the idea that treatment for lung cancer is only chemotherapy. Treatment for lung cancer comes in many forms, and at least my African American patients are often not aware that’s the case.”

How might we improve messaging surrounding lung cancer screening, particularly for African Americans?

“So I think that’s a challenge. I think that’s a major challenge. I think we need to raise awareness that there’s a screening test for lung cancer. Many African Americans don’t even realize there’s a screening test. They know there’s a colonoscopy. They know you should get your pap smear. And they know maybe we need to do some form of a prostate exam. And doing a prostate exam is a major feat with our African American men. That’s a whole loaded, different kind of conversation.

You May Also Like::  Disparities in Lung Cancer Screening Eligibility Still Exist

Is there any research that excites you or that you think is important for physicians to know related to lung cancer?

“I think cancer in itself is very fascinating. They’re going to be talking about a lot of data at our American Society of Clinical Oncology conference about different types of treatment options, such as combination immunotherapy for lung cancers.

So I want to emphasize to our providers that it’s not just chemotherapy that we use to treat lung cancer. There are a lot of new treatment options that have allowed patients to live much longer, which I think is fantastic. I’ve been able to even keep some of my patients with stage 4 lung cancer who had a survival rate of about 6 months—they’ve now been here 2 to 3 years, which is amazing and giving them the opportunity to live with some form of quality of life.

So I would say look out. There is some new lung cancer research that will be hot on the press.”