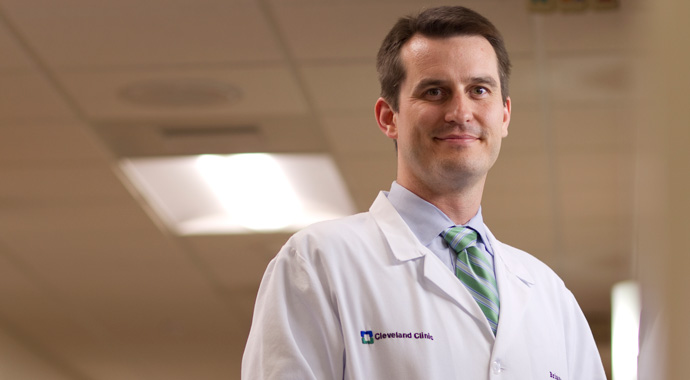 By MDNewsline DailyDecember 5, 2019May 8th, 2020No Comments
Share this article

Chronic lymphocytic leukemia (CLL) is the most common form of leukemia in the United States. In fact, it is often considered a disease primarily isolated to the Western world.

There are remarkable patterns in the incidence of the disease among ethnicities. It most commonly appears in Caucasian individuals and markedly less so in non-Caucasians. For instance, Asian populations demonstrate about 10 times lower incidence of CLL than Caucasian groups. But efforts to identify factors responsible for whom and why it strikes have left researchers relatively empty-handed. A new study may change that.

A Discovery That Explains Discrepancies

A recent study published in the journal Blood, headed by investigators at Cleveland Clinic and performed in collaboration with the National Marrow Donor Program, suggests a novel and important linkage between CLL, ethnic background and certain immune system proteins called human leukocyte antigen (HLA) alleles.
HLA is essentially the defining antigens on our immune cells that do many things, including regulating our immune system and protecting us from infection, explains Brian T. Hill, MD, PhD the study’s lead author and oncologist at the Taussig Cancer Institute. “The thing that’s unique about HLA molecules is that there are many different varieties, and those varieties are specific to ethnic populations. So the HLA of someone from Northern European ancestry is specific and different from those of, say, African or Asian ancestry.”

Different HLA alleles also are associated with a wide range of disease states, including autoimmune disorders, such as rheumatologic disorders, and various cancers. But prior to this study, no one had extensively evaluated the role of HLA in conferring an increased risk of CLL.

To address this gap and determine whether or not certain HLA alleles could help explain observed discrepancies in incidence and prevalence rates among ethnic groups, Dr. Hill and his colleagues examined blood samples from nearly 4,000 CLL patients of Caucasian, African-American and Hispanic backgrounds.

Results from the researchers’ analyses indicated a significant difference in the contribution of several specific HLA alleles to the risk of developing CLL within each ethnic group. For example, they identified 28 protective and predisposing alleles specific to Caucasians. One such allele — called A*02:01 — occurs in about 25 percent of all Caucasians and provides an increased risk of approximately 30 percent for developing the disease (hazard ratio of 1.20). Unique predisposing alleles also were identified in each of the minority populations.

“There’s no one smoking gun, so to speak,” Dr. Hill says. “It’s very complex, and a lot of different alleles contribute in different ways to the development of CLL. The closest thing we have to a smoking gun is the so-called haplotype — a combination of three HLA alleles: DRB4*01:01; DRB1*07:01; and DQB1*03:03. Although they occur in relatively low frequency across populations, they were associated with CLL in all groups.”

This study was the largest of its kind to examine the role of the HLA system in the occurrence of CLL. It also was unique in its use of 50,000 control patients (individuals without CLL) per ethnic group. As a result, the study’s outcomes are considered extremely robust and generalizable.

“This is in the category of findings that hopefully will lay the groundwork toward a more basic understanding of the role of the HLA system in allowing CLL to develop in certain individuals,” Dr. Hill summarizes. “While I can’t say that this will immediately lead to big changes in treatment, it’s pretty clear that, as we understand more about how the immune system prevents cancer from developing in certain people and why it apparently fails to do its job in others, it could eventually lead to better treatment.”